Capcom just had its Monster Hunter Rise digital event, which showcased new features and other content that will be present in the game. Among others, Capcom also revealed during the event that the upcoming title will have a brand-new locale where you can hunt monsters in, as well as a new monster and a couple of returning ones.

The new area is called the Frost Islands, and as the name implies, it will consist of a variety of arctic dwelling monsters. The developer also provided a bit of lore for the Frost Islands, which states that it used to be the home of numerous dragons, and while many hunters tried to slay them, they were unsuccessful.

Capcom was aiming for the Frost Islands to have a “creepy atmosphere.” The addition of the dark caves and the ruined ship are most probably attempts at trying to convey that vibe. A huge chunk of Monster Hunter Rise’s fanbase will most likely be more interested to learn more about the monsters in this area, though. 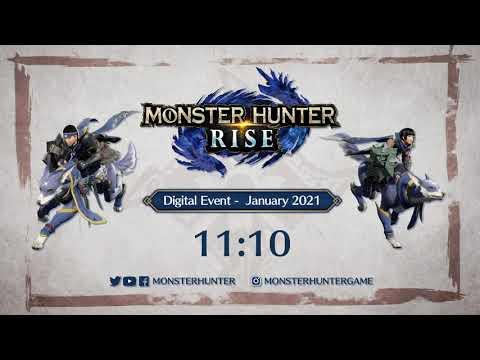 The digital livestream event was definitely a treat, as Capcom used it as an opportunity to reveal the new monsters heading to Monster Hunter Rise. Specifically, there are six new monsters from the Frost Islands and one other monster that resides in some other area. Among other things, the game’s flagship monster Magnamalo was also discussed about, with the developer providing even more information about it.

That being said, the following are the seven monsters featured, in no particular order:

If you’ve been a part of the Monster Hunter community for quite some time now, you would probably find six of these monsters familiar. The only monster that’s completely brand-new in this list is the Goss Harag.

The Goss Harag is a fanged monster that has the ability to utilize its own ice breath to create a sword that it can then use to attack you. This ice breath is a very convenient ability to have for the monster, not so much for you though. Based on the gameplay footage, Goss Harag also looks like it has some kind of shockwave attack that blasts rocks and other debris towards the player character.

If you’ve played Monster Hunter World: Iceborne, then you’ll probably be familiar with Barioth and Tigrex. Both of these monsters are built similarly, probably because they’re both flying wyvern types.

Somewhat similar to Goss Harag, Barioth can also send forth whirlwinds of ice towards you. On the other hand, Tigrex is a type of monster that focuses more on brute strength, so it has a tendency to physically charge at you instead.

Khezu is another flying wyvern, but it’s a very different type of monster than the last two. In Khezu’s case, it’s capable of dealing electric-based attacks. That said, this footage from the digital event marks the first time that this particular monster was officially showcased worldwide.

Great Baggi is a bird wyvern that’s similar to the Great Izuchi, but what makes them different from each other is the fact that the Great Baggi utilizes attacks that make you fall asleep. There’s also the fanged Lagombi, which throws snowballs at you and looks a lot like a rabbit.

Now, the Mizutsune is a monster that lives outside of the Frost Islands. Many fans were hoping that it would return to the series, especially since Monster Hunter Rise is heavily inspired by traditional Japanese aesthetic.