The second Monster Hunter Rise collaboration has been revealed, and it’s a crossover with Okami. As part of the free DLC, the player’s faithful Palamute will be able to dress up as Amaterasu from Okami.

Okami was a Japanese mythology-based action-adventure game in which the protagonist was a canine counterpart of Amaterasu, the sun deity. It was first published for the PlayStation 2 in 2006, however, an improved HD port was later released for most current systems.

Because Amaterasu is a dog, she doesn’t feature in as many Capcom crossovers as someone like Ryu from Street Fighter. However, she has appeared in the Marvel vs. Capcom series as a playable fighter.

Players will be able to obtain a set of Palamute layered armor modeled by Amaterasu in the upcoming cooperation. Complete an Event Quest, which will be introduced to the game on July 30, 2021, to acquire the armor.

Monster Hunter is no stranger to crossovers, with the 3DS generation introducing a slew of Nintendo-themed costumes and weaponry. Because the Palamutes originally appeared in Monster Hunter Rise, this is the first time the game’s designers have been permitted to include canine outfits. 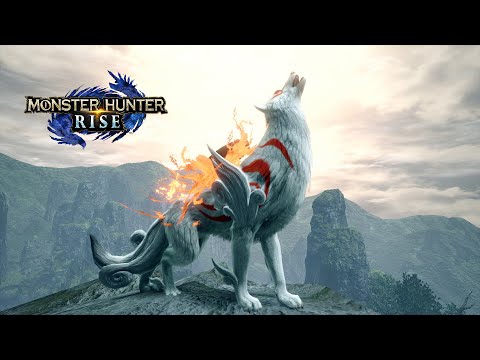 The Monster Hunter Rise post-launch content roadmap was revealed at the conclusion of the Amaterasu video, and it confirmed that the next Capcom collaboration would be published in August, followed by two more in the Fall. Is it possible that there may be additional Palamute-themed clothes in the future?

Monster Hunter Rise might feature a Mega Man crossover in the future, which would give the Palamute a robotic Rush outfit. If the developers really want to go all out, they might include a Cerberus outfit from the Resident Evil franchise.

It’s a pity that Monster Hunter Rise won’t have any Nintendo partnerships, given the game will be multiplatform when it debuts on PC next year. The game is ripe for Palamute costumes based on a Nintendog, Yoshi, Poochy, or even the Duck Hunt Dog. As of right now, the game’s sole stated collaborations are with Capcom.