At the initial reveal of Overwatch 2, Blizzard showed off an early version of the game’s talent and skill trees. Playing with a hero and leveling them up allowed for players to select various perks and abilities for their hero, adding a level of progression to Overwatch 2 outside of player level and competitive play. Thankfully this feature will be exclusively for the PVE modes arriving to Overwatch 2, but much more was unveiled about it at the recently concluded BlizzCon 2021.

Last 2019, Blizzard started talking about Overwatch 2’s hero progression. Tracer was the featured hero and as the player finished missions with her, the hero leveled up and obtained unique perks for her abilities.

Some examples of the featured abilities included teleporting through enemies that cause damage to them, Pulse Bomb triggered extra explosions when it stuck on enemies, and cooldowns were lessened when eliminating opponents. The newly announced version of this progression tree is much more complex than the previously released versions and is confirmed to allow players to use their hero in many unique ways.

Rather than linear progression with options in abilities, Overwatch 2 is planning to introduce entire skill trees for heroes. Every hero appears to have three unique skill trees and a lot of perks per tree. One instance discussed by the developers was making Soldier 76’s biotic field move around with him rather than being planted on the ground.

At one point it even had the ability to push enemies away from the hero. Mercy’s full team resurrection is also making a return after her Ultimate Resurrection ability was revamped, this time as a PVE skill tree perk. 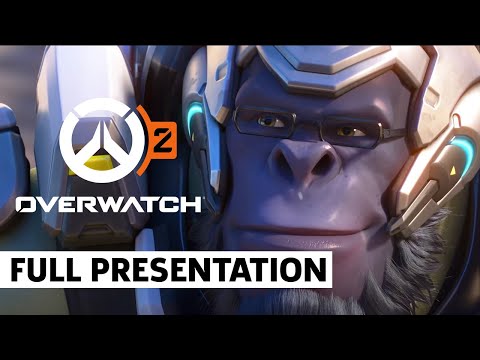 Since these improvements are only available in the PVE game modes, it provided the developers much more space to include features that would not usually be balanced in a competitive Overwatch 2 PVP mode.

Utilizing various perks can add elemental effects to abilities, like Reinhardt’s Fire Strike freezing opponents, or Junkrat’s traps’ electrocuting enemies. The animations are also being reworked for enemies to react based on the damage they take. Changes like this should increase the replayability of hundreds of PVE missions and really allow players to be innovative with their hero builds.