A rather colossal update was released for Pokemon Go a few hours ago that developer Niantic is dubbing as the “GO Beyond” patch, and to commemorate its launch, the 12 Days of Friendship event has begun to kick off the update. The GO Beyond patch will have a lasting impact on the future of the game however, the 12 Days of Friendship event, as the name implies, won’t last long.

The GO Beyond update revolutionizes the core elements of Pokemon Go beginning with the trainer level cap. For the first time since the game was launched back in 2016, the level cap for players is being increased from 40 to 50.

The development team is also borrowing a feature from the Animal Crossing handbook which will add seasons to Pokemon Go. Players can anticipate a new season to come around every three months. Following the debut of Mega Evolutions, Pokemon originating from the Kalos region will be making their way into the game. Kalos is the region in which Pokemon X and Y took place.

Alongside the Go Beyond update, the developers revealed the 12 Days of Friendship event. This event is meant to commemorate all that the game has achieved over the past few years and to welcome what Pokemon has in store for its trainers beyond this update.

The 12 Days of Friendship event begins today and will last for the next twelve days, concluding on November 30. This isn’t the game’s most exciting event, but its rewards will let players increase their friendship and trainer levels quicker.

During the 12 Days of Friendship, players will observe that their friendship level with fellow trainers will rise faster when trading Pokemon, or when battling with others in gyms, raids, and trainer battles. Players that are in-game friends will also get an increased attack power when fighting with one another in raids. This is also the same for remote raids. The amount of experience given to players who accomplish raids has also been increased. Players will also be able to open more gifts from their friends every day. 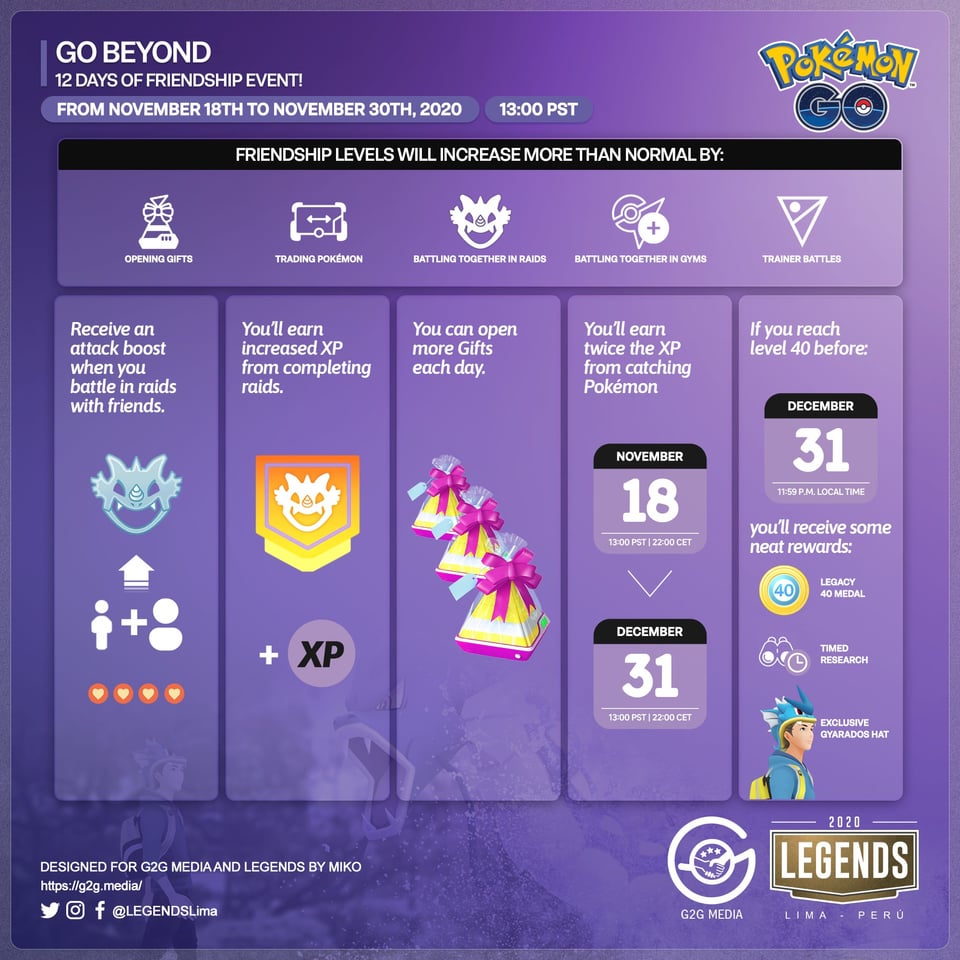 While there may not be any new Pokemon or Shinies added in the event, it is a pretty useful event for players who have been working their way to higher levels. It will also be helpful for leveling up friendship levels since it can usually take weeks to get max to max level.

Pokemon Go has a lot planned to end 2020 with a bang, and this huge update tells players that there is a lot more to come to the game in the future.