For a Special Weekend celebration near the end of the month, Pokémon GO is partnering with a number of partners worldwide, including Verizon in the United States, 7-Eleven in Mexico, and Yoshinoya in Japan.

This month, Pokémon GO will host a variety of events, including the May Community Day on the 15th. Each hour, the event will highlight a different Pokémon, raising the likelihood that the animal will occur in the wild during that time slot. Weekly spotlights will be held during the festival, one for each week of May, to showcase still more Pokémon.

Niantic, the creator of Pokémon GO, has revealed the specifics of the Special Weekend festival, which will take place from May 29 to May 30, 2021. Plays must purchase a physical or wireless event ticket from each of the participating partners, including Verizon in the United States, 7-Eleven in Mexico, and Yoshinoya in Japan, to attend. Players will then use the code found on the ticket to obtain entry to the Special Weekend event, where they will obtain a participation certificate and be able to use a number of limited-time features.

The power to draw many Pokémon with Incense, including Clefairy, Jigglypuff, Eevee, Marill, Sableye, Stunky, Spritzee, Swirlix, and even a Shiny Eevee, is one of the limited-time features. Depending on the participating partner in the player’s area, different Unown would be attracted to Incense, such as Unown V for Verizon, Unown S for 7-Eleven Mexico, and Unown Y for Yoshinoya. 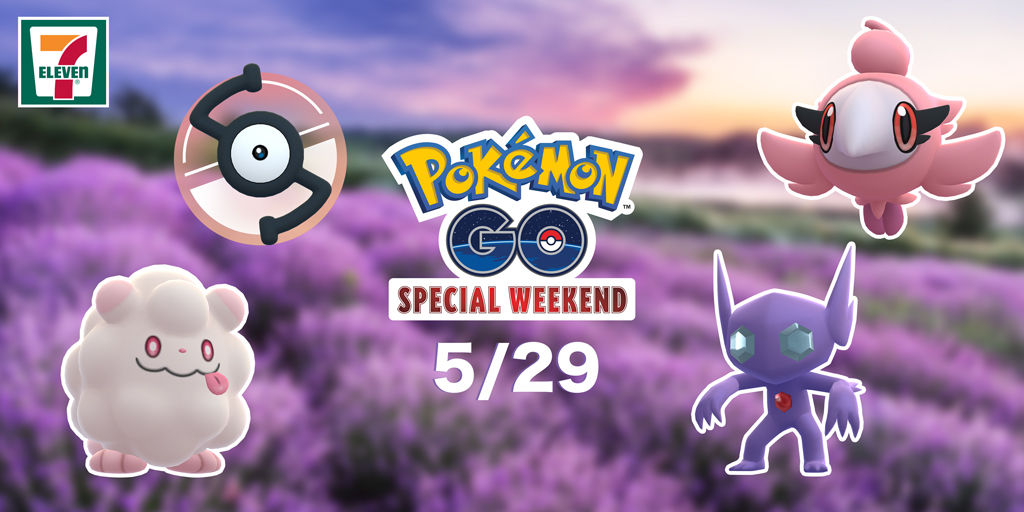 Timed Research, an event-exclusive feature that rewards XP, objects, and interactions with new Pokémon, will be available for a limited period during the Special Weekend event. There would be a higher risk of receiving Lucky Pokémon or being a Lucky Friend when exchanging or talking with a mate. During the game, players from outside the participating regions can receive prizes such as double regular gift opening and a 40-kilometer exchange range.

This month, Pokémon GO players will have plenty of opportunities to participate in and enjoy competitions. Hopefully, with so many activities going on, Niantic won’t have any more issues as they did last week when Marill’s Limited Research Event was accidentally launched a couple of days earlier than planned.