Set to launch later this year, Returnal by developer Housemarque will be one of PlayStation 5’s first high profile exclusive games of 2021, with the sci-fi horror rogue-like title shaping up to be a creepy new adventure for owners of the new Sony console. Amongst offering eerie monsters and a host of breathtaking environments, the game will also make use of the PlayStation 5’s haptic feedback and modernized sound design to provide a more deeply engaging experience.

It stands to reason that both those PlayStation 5 features will be a core to Returnal’s gameplay, which, thanks to a recently released trailer, fans now know much more about. Clocking in just under two and a half minutes, the new clip offers an expansive insight into what weapons players will have inside their arsenal as they travel the game’s mystifying alien world, with the launch offering several firearms to pick from. 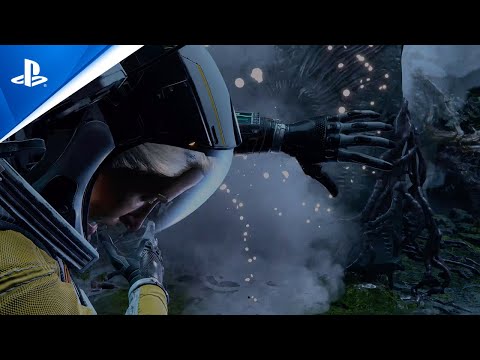 It appears players will have access to a few main weapons usually found in most third-person shooters, with the heroine Selene revealing a few extraterrestrial weapons early into the video. Players will be able to locate variations of rocket launchers, SMGs, shotguns, and assault rifles, each with its own unique sci-fi style. However, Selene will ultimately discover more alien items that can help her mission to escape, with the bizarre relics starting to flesh out the mysterious world she finds herself in.

One of these is a towering, beacon-like device called Cthonos, with the building – which the heroine mentions that it “feels alive” – offering a shield buff. Next up are broken fabricators, with the alien gadgets offering players random items in exchange for “obolites,” which seem to be Returnal’s in-game currency. Players will also be able to fuse with an alien parasite that trades kills for health, get access to a laser sword that can be used in combat, and throw powerful explosives. 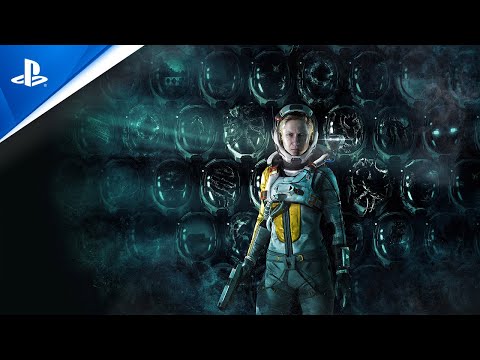 While displaying the game’s stacked armory, the trailer video also features exactly what Returnal’s gameplay will feel like to play, with Selene’s battles against different alien monsters appearing to be fast-paced, reaction-heavy affairs.

It appears as though they will take place over an extensive range of environments too, with dark caves, ruins infested by monsters, and creepy, crimson-lit clearings all taking the spotlight during the entire trailer. Overall, the game seems to be a potent new addition to the rogue-like genre, providing a dozen variations to make sure no two playthroughs are the same.