A massive new update is now available for Spellbreak, bringing Chapter One: Spellstorm to the magic-based battle royale. The wait has finally ended for the game’s biggest content drop yet, as fans are now able to play the game in a whole new way.

Spellbreak released a few months ago, accumulating decent reviews, but a few fans had complaints about the game lacking content and a dull map. Chapter One: Spellstorm tries to address some of these problems head-on. Featuring new story elements, the Spellstorm update comes with a chapter pass, map improvements, and innovations to the gameplay.

The wait is over! Chapter 1: The Spellstorm is live!

The wizardry and magic of Spellbreak has a rather remarkable chapter pass coming with this update, as players will be able to unlock tons of new gear and content. There will be 72 new quests coming along with Chapter One: Spellbreak, giving players much to do this holiday season.

The map improvements add more depth to the world, and more areas to explore, which helps some of the locations on the map that appear dull. In the meantime, the trailer of the new chapter features portals that can be utilized to traverse to new areas on the map, as well as geyser-like energy forces that bounce players up in the air to give them a tactical advantage. 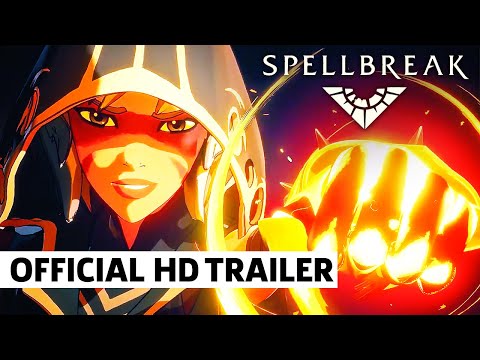 Spellbreak began rather hot, hitting 5 million players in just under three weeks. However, some of the excitement behind the game has now gone down, which is reasonable. The online multiplayer shooter and battle royale mode are rather crowded. Although much of its success can be found in these parts, it is also easy for a game to fall off the charts quickly.

The hope is that updates such as Spellstorm will both bring back old players and charm new ones to join. With constant updates, bringing new content, elements, and gameplay, developer Proletariat, Inc. could provide Spellbreak the chance to last a long time.