Home Cryptocurrency DAO 101: What Is It And How Does It Work?

A gang of 17,000+ crypto aficionados took on a task unlike anything seen before in history a few days ago. ConstitutionDAO, as they prefer to call themselves, raised $47 million to compete in a Sotheby’s auction for a rare copy of the United States Constitution.

Despite the fact that hedge fund billionaire Ken Griffin outbid ConstitutionDAO, the large crowdsourcing drive succeeded in fueling the discussion around DAOs.

So, what exactly is a DAO? Is it just a group chat capable of raising millions of dollars, or is there more to it? Will DAOs, as rumor has it, mean the demise of established organizations? Let’s see what happens.

What exactly is DAO?

DAO is an abbreviation for Decentralized Autonomous Organization, which is an organization governed by all of its members rather than a single governing authority. People with a stake in the project have a say in the initiative’s decision-making, upholding the spirit of decentralization.

Although there are numerous blockchain, crypto, metaverse, and NFT initiatives that use the term “decentralized,” the majority of them fail to live up to its expectations. They are still working towards decentralization. And it will become a reality once a DAO oversees the project.

It’s also worth noting that a DAO is not the same as the DAO project. It is one of the first DAOs, having been established in 2016. A botched ether hack for $50 million placed a stain on the project and the term.

So, don’t get DAO mixed up with the project ‘the DAO.’

Many influential people have already begun to see the possibilities of DAOs. Mark Cuban, an American billionaire entrepreneur, has been vocal about DAO initiatives and has invested in several, including Klima DAO and Olympus DAO, to name a few. Because celebrities and investors have come out in favor of DAOs, the word has received a lot of traction.

How Does It Work?

Algorithms regulate the operation of a DAO. It is created using a set of predetermined rules, which the members then change as necessary.

Each stakeholder has voting rights depending on the quantity of governance tokens they own. They represent and track stakeholders’ investments in the DAO and provide them with the ability to express their views. Only when consensus is established through member vote are updates allowed. Many projects, while not DAOs, have distributed governance tokens to users intending to transition to an administrative structure in which people determine the destiny of the protocol.

This administrative system is made possible by open-source programming that, in theory, cannot be influenced by a few people.

What distinguishes a DAO from a typical organization?

If you want to form a DAO LLC, the process is identical to forming a standard LLC, with a few exceptions. To begin, before launch, you must develop governance and finance guidelines. Of course, this may be altered afterward. But, to put it mildly, it will be inconvenient. Another important consideration is that forming a DAO may not be a communal activity, as its operation is. A founder and a team should create it. The crew is frequently a part of the DAO even after its launch, but this is not required.

What are the benefits and drawbacks of DAO?

A DAO operated by a collective is more responsive to its stakeholders’ needs. When they additionally assume decision-making responsibilities, it is nearly always in the best interests of the project. However, this might result in poor government. When you have to consider the opinions of each and every member to make a little adjustment or update, it gets tedious over time.

Another feature of conventional organizations is that qualified individuals from relevant fields handle decision-making. When it comes to DAOs, however, this is not the case. Although stakeholders have the best interests at heart, there is no assurance they understand what those are.

In the event of rumors and conflicts, ignorance and emotions may come into governance, jeopardizing the project. This may be greatly reduced if the team takes the initiative to educate stakeholders about the project with the most recent updates and insights.

DAOs, unlike traditional organizations, are not prone to human mistakes since algorithms run them. Algorithms are reasonable and fair. This, however, implies that DAOs lack the human aspect that we would want to see in an organization.

When a set of rules is established, they must be followed. Unless, of course, the team wishes to go through a lengthy editing process. There may also be instances where a single rule does not apply to all circumstances. DAOs become a true conundrum at this point.

The first collection of code that forms the basis of a DAO is critical to its success. Because of the time required to implement modifications, any error or flaw in the code may raze the entire project to the ground. To avoid security issues, the project team should have the code audited. Before implementing the protocol, all potential bugs and security issues should be addressed.

What are the kinds of DAOs? 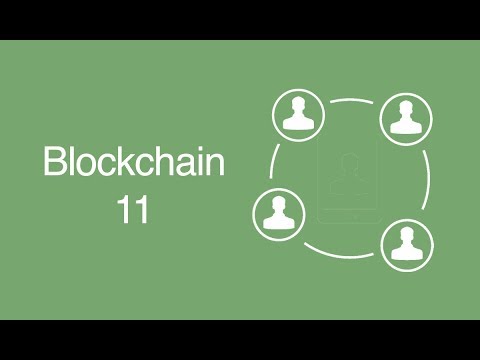 We’ll probably chuckle at this question in a few years. DAOs, like a plethora of organizations that deal with a wide range of services and activities, maybe adopted across sectors. However, we have only just begun to experiment with the concept and its applicability in many industries. Because of the lack of well-defined restrictions, they do not serve all objectives.

They are loosely categorized as protocol DAOs, service DAOs, social DAOs, investment DAOs, creator DAOs, collector DAOs, and grant DAOs for simplicity of understanding. If A new industry adopts dAOs, we will classify them under a new heading.

While protocol DAOs such as MakerDAO, Sushiswap, Uniswap, and Compound aid in developing a protocol, social DAOs foster collaboration and community among communities. Investment DAOs, on the other hand, are primarily concerned with returns.

The LAO, a member-directed venture capital fund based in the United States to assist the blockchain ecosystem, is an excellent example. Grant DAOs, although comparable in many ways, are founded to speed the advancement of promising initiatives by offering financial help.

Service DAOs, such as PartyDAO, DAOhaus, and Yam DAO, provide particular services to consumers while utilizing a decentralized governance system. There are other media DAOs, such as BanklessDAO, that generate content and distribute profits to members. We may claim that creator DAOs operate in the same manner.

The legal status of DAOs will differ according to the jurisdiction. Because blockchain and cryptocurrency are still relatively new globally, it will take some time for legal reforms to take shape. When Wyoming became the first US state to recognize DAOs as a separate organization officially, it was a watershed event for the US and the whole crypto community across the world. More states and nations are anticipated to follow suit once the authorities overcome their phobia of decentralization.

Legislators are now keeping DAOs in the dark. However, with the continuous need for crypto laws, DAOs are also expected to come under legal scrutiny. Only then will we have clarity on the DAO’s, team’s, and stakeholders’ rights and duties, as well as whether it may sue and be sued and engage in contracts.

DAOs are a unique and decentralized governance framework that replaces traditional hierarchical administration. DAOs will become mainstream in the long term, regardless of how regulatory authorities see them. Similarly, the concepts of democracy, liberation, and justice have triumphed. Let us hope that industry corrects its flaws and sharpens its skills in preparation for a decentralized society.

Russian Feminist Group Reveals They Are Launching a DAO

Indonesian Student Sells Own Selfies As NFTs Now Worth More Than...