Ghostrunner was a big success when it first came out last year, combining frantic swordplay, fast-paced free-running, and futuristic sci-fi storytelling. It was such a hit that the game’s publisher, 505 Games, bought the IP in March, pretending to be blown away by the game’s revenue. Today, development on a sequel was announced, with Ghostrunner 2 reported to be in the works.

The game will be released on PC, PlayStation 5, and Xbox Series X/S, with 505 Games confirming an “original budget” of €5 million for the sequel’s production. Nothing is known about the game’s path, but it’s clear that 505 Games is keen on turning the IP into a long-running series, stating in a press release that Ghostrunner is “capable of contributing for a long time to the 505 Games product portfolio.” 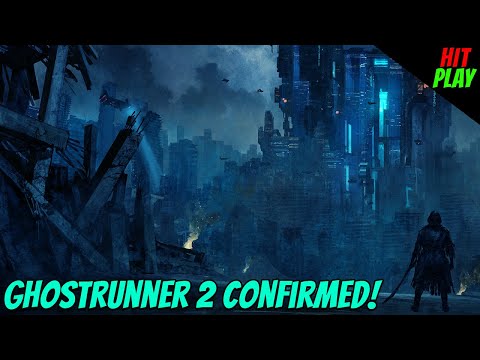 505 Games also reveals that One More Level, the game’s creator, will return for the sequel, renewing their partnership. Since its release last year, Ghostrunner has sold over 600,000 units, so it’s easy to see why 505 Games is so keen to start work on a new game in the franchise. It’ll be fun to see where the studio goes for a sequel now that it can access next-gen hardware.

For those unfamiliar with Ghostrunner, the original game was a first-person, sword-based action game set in a cyberpunk universe. Players took on the part of a “Ghostrunner” who needed to reclaim his memory.

We are thrilled to inform the Ghostrunner community that Ghostrunner 2 has been announced!

You can read more details about this massive announcement below. More details will follow soon.

Join us at https://t.co/5UagraKOtB to discuss this announcement with the community. pic.twitter.com/jJmoAVzVf8

The game’s convincing gameplay loop saw players use the protagonist’s stamina to carry out huge numbers of enemies while wall-running, avoiding bullets, and chopping up adversaries. When the player was injured, they were immediately transported to a nearby checkpoint, allowing them to replay parts before perfecting their technique for clearing a field.

Fortunately for those who missed out on the original version, Ghostrunner is coming to PlayStation 5 and Xbox Series X/S very soon, with a new road map for the title hinting at a fall release. Upgrades to the upgraded version would be free for those who already own the title on Xbox One or PlayStation 4.

505 Games and One More Level haven’t said what would be different in the next-generation update yet, but it’s safe to assume it will have better graphics, higher frame rates, and shorter loading times. Meanwhile, subsequent updates would bring a slew of new features to the table, including new game modes, vanity packs, and more.

How To Redeem The Pokemon Go Free Verizon Avatar Gear