Bayonetta 3, one of the Nintendo Switch’s greatest exclusives, has finally gotten a gameplay trailer. Today’s Nintendo Direct was jam-packed with announcements, updates, and more—including a hint for the next and last Super Smash Bros. Ultimate fighter—but it was PlatinumGames’ stylish action game that brought the program to a close. That arrived in the form of a gameplay trailer, which should satisfy fans who have been waiting for more information on the game for quite some time.

Nintendo has provided modest updates on Bayonetta 3 throughout time, but things have been quiet since the game’s announcement in 2017. Thankfully, Nintendo Direct saves the day and serves as a conduit for new information about the renowned action game. Bayonetta 3 will now be released in 2022, and a new gameplay video reveals a lot of interesting details about the game.

The video begins with non-gameplay imagery of a city that appears to be in peril. Military personnel are battling a huge monster, and the situation appears bleak. Bayonetta, on the other hand, swoops in to rescue the day. Fans will notice that Bayonetta is dressed in an article of new clothing and has a new haircut in Bayonetta 3 since her appearance appears to be changing somewhat with each game.

Combos, Witch Time, new powers, and more are all featured in the gameplay. Bayonetta is a character that battles little adversaries in close-quarters environments such as trains and huge monsters. Bayonetta also utilizes a summon to aid her in combat, and the new gameplay makes everything seem even better. Fans of the franchise are sure to be pleased with the excellent performance, especially as Bayonetta 3 was not supposed to be shown at the Nintendo Direct. 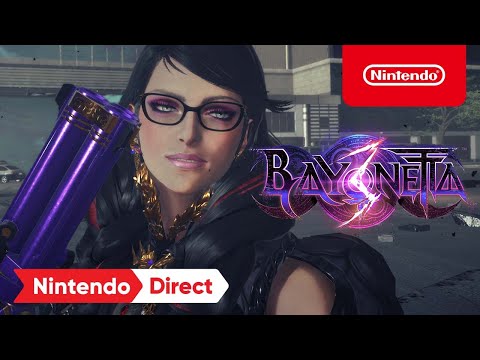 It’s worth noting that Nintendo opted to save their “one more thing” trailer for Bayonetta 3 until the game’s release. In past years, this may have been where Nintendo unveiled a game like The Legend of Zelda: Breath of the Wild II.

Despite the fact that this Nintendo Direct featured a whole new Kirby game, a massive Splatoon 3 reveal, and more, Nintendo opted to finish it with Bayonetta 3. If nothing else, it demonstrates Nintendo’s confidence in the game and its desire to generate anticipation for its release next year.