Following speculation that the next update to Nintendo Switch Online will include Nintendo 64 titles and even Game Boy games, the current Nintendo Direct has revealed fresh information. Not only are Nintendo 64 games coming to the subscription in time for the console’s 25th anniversary, but so will SEGA Genesis games, much to the delight of many fans.

When Nintendo and SEGA were battling it out in the console industry in the 1990s, SEGA was noted for coining the term “Genesis does what Nintendon’t,” among other aggressive marketing efforts against its largest rival at the time. Thanks to this cooperation, the Genesis has been given a fresh lease on life 30 years later via Nintendo Switch Online.

SEGA Genesis games will be playable on the best-selling hybrid system as part of Nintendo Switch Online’s newest payment plan, as announced at the Nintendo Direct on September 23. It’s included with Nintendo 64 games under the “Expansion Pack” scheme, which is named after a classic N64 peripheral. The plan’s cost has yet to be announced, although it is expected to be discussed at a later date.

So far, 14 titles, including Sonic the Hedgehog 2, Ecco the Dolphin, and Streets of Rage, have been confirmed to be playable when the collection comes in late October. Nintendo is going all out for this collection, even releasing unique wireless.

Genesis controllers that can be used with the Nintendo Switch. As the service’s previous release of NES and SNES-themed controllers, the one-of-a-kind retro controller is available exclusively to NSO members.

Given SEGA and Nintendo’s competitive past, this is undoubtedly a team-up that will surprise old-school enthusiasts everywhere. After all that has transpired between the two businesses in the past, Sonic himself was developed to battle against Mario in sales, and now even the platform for which he was built has found a home with Nintendo. 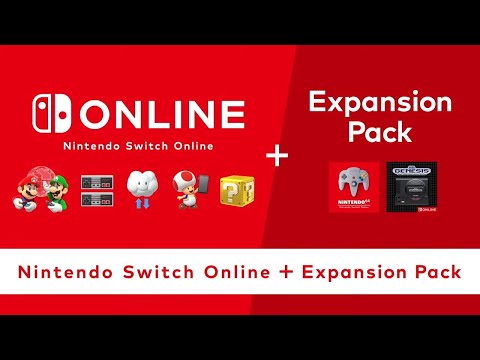 The only question is whether fans would believe the collection is worth the extra cost, especially because SEGA has previously taken steps to make older titles more publicly available, such as through the SEGA Forever campaign.

As a result, the Genesis games may rely on the success of the Nintendo 64 collection rather than being worth the price on their own. For the time being, fans anticipating both collections will have to wait for Nintendo Switch Online’s Expansion Pack pricing to be revealed in the coming weeks before making a decision.