Best Smite Gods To Use To Dominate The Game

Every new season brings a flood of meta adjustments for Smite players. New equipment, a new terrain, and adjustments to the god balance all have an effect on how good a character is at any particular time. Gods who were good last season may be outdated this season, or they may be even better.

Because the most recent map is substantially larger than the previous one, rotations around the map are more involved and take much longer. This emphasizes the necessity of movement skills. With the addition of new initial goods and improvements to the game’s balance, there are a slew of new players vying for the title of best god. The top 10 gods in Smite are listed in order.

Sobek, God of the Nile

The Egyptian crocodile, a perennial favorite in Joust, brings his skills to the new conquering map. Only a few gods can match Sobek’s capacity to manipulate space. Sobek’s initial talent, known as his pluck, allows him to surge ahead and toss an enemy god he encounters behind him for his squad to slay.

In team fights, Sobek thrives as an engagement character. His bravery is one of the most effective ways to start a conflict. Any god that is plucked has a considerably reduced chance of fleeing to safety over a jungle wall with greater lane widths.

His second ability is a terrific disruption weapon for peeling for a team and running down an opposition carry. His 3 lets him stay in a battle longer, and his ultimate lets him deliver large amounts of damage or avoid a pluck miss.

Janus, God of Portals and Transitions

Janus has been a character that has suffered for a long time due to inconsistency in his damage. Janus can now send out readily confirmable damage and is substantially superior at all skill rankings thanks to recent modifications to his 2.

Previously, opponents could weave their way between Janus’ two missiles. Between the two damaging spheres, there is now a chain that does damage, making the ability considerably more difficult to juke.

Janus’s greatest strength has always been his ability to move about the squad, and the new map caters to that ability. With his ultimate, he can teleport his whole team swiftly across the map, making it impossible for the opponent team to gank or complete an objective unopposed.

To make matters worse for his opponents, anyone struck by the ultimate will almost certainly take a lot of damage, placing them at a disadvantage in the fight ahead.

The lone lane is still ruled by the human Beyblade King Arthur. King Arthur’s lane bullying potential will grow even more with the addition of the bluestone pendant in the forthcoming patch. He’ll not only do massive damage, but he’ll also be fairly tanky and difficult to take down, even with jungle assistance. Players can also choose to start with a more defensive beginning item to make him the ultimate irritation for the other side.

In the middle and late game, King Arthur’s purpose is to harass opponent carriers and become a general irritant and resource drain. He possesses a wide range of skills, and equipping him with high-strength goods like Stone of Gaia ensures that he will be around for a long time. Put a Gladiator’s Shield in that build and you’ll be able to solo the enemy carriers. 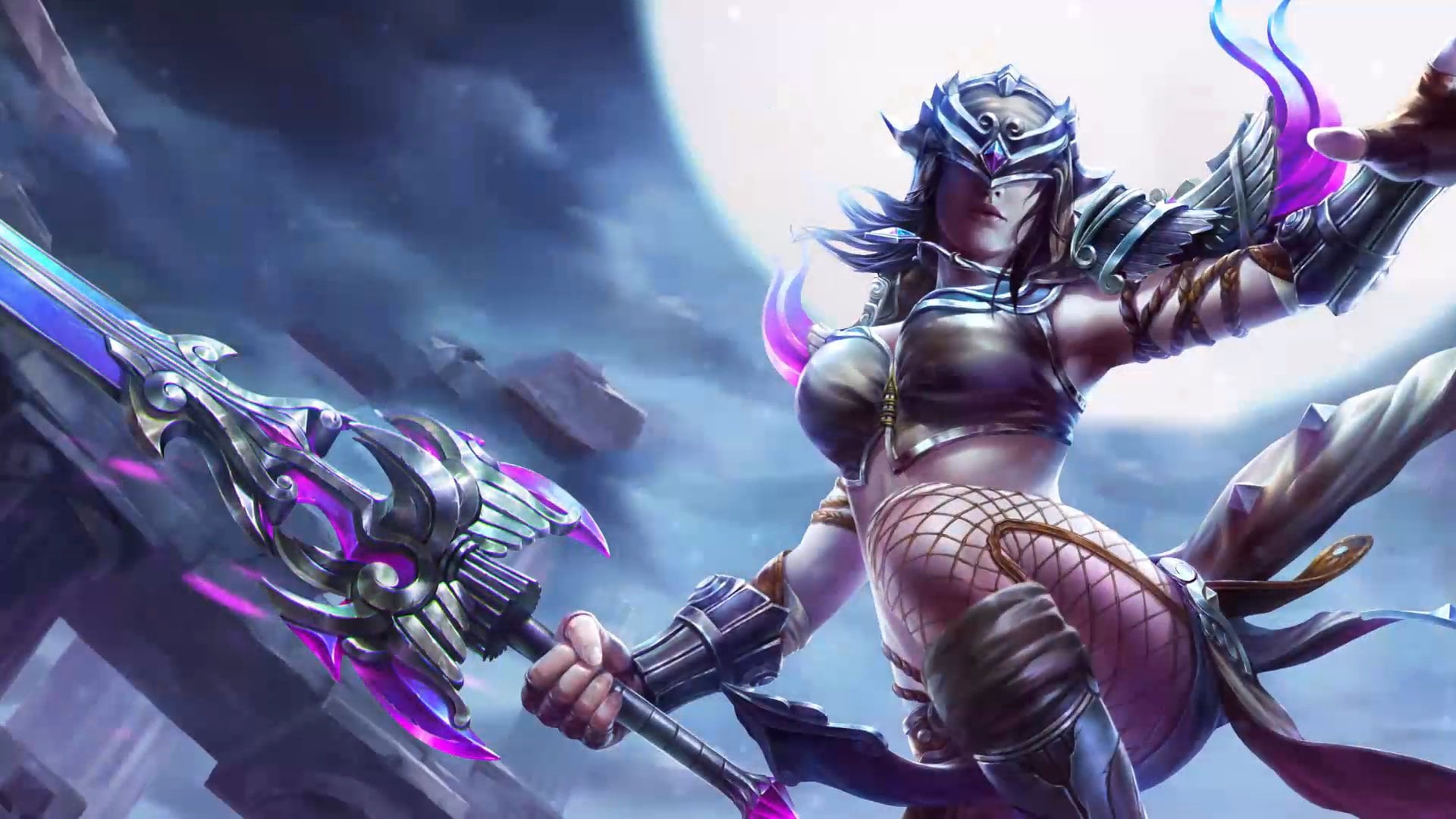 Nemesis has always been unusual in that she has numerous build routes, all of which are excellent. She may be developed as a tanky bruiser, an auto-attack carry, or an ability-based character. Because of her versatility, she can contribute to any squad and is difficult to counter. Her ultimate is the best tank-killing ability, stealing up to 30% of a tank’s defenses and health while also slowing them.

Her mobility lets her to effectively and rapidly farm the jungle, which is critical on the new map. Nemesis is fantastic at ganking single lane and pulling a solo-laner ahead while still being able to kill squishy characters with her basic abilities or auto-attacks, thanks to her ultimate that is suited for destroying tanks. Few characters can escape a Nemesis who wants them dead thanks to her two dashes and many slows.

Because of his ultimate ability, Apollo is now the finest hunter in the game. Because mobility is so vital right now, Apollo’s ability to fly into any fight anywhere on the map ensures that his side always has a numerical edge. He may be in duo lane and ult across to mid lane, effectively ending the fight before the opponent hunter can even consider rotating.

His passive improves his attack speed every so often, allowing him to be a tremendous boxer and lane clearer early in the game. He’s also tough to gank since he can hypnotize the person attempting to gank him before dashing away to safety.

His auto-attacks chunk like any other hunter’s in the late game, but he mesmerize is amazing in interrupting fights and providing him with defenses that allow him to survive longer than others. Apollo is the finest at what he does since no other hunter can be there when you need them the most.

In-game, Cthulu is an Eldritch horror. He possesses some of the greatest defensive basic numbers and crowd control skills available as a guardian. When he’s in the solo lane, he’s a deity that can do a lot of damage, has strong crowd control and mobility, and is overly tanky. To take down an opponent Cthulu, any squad will need more time and resources than they would want.

Cthulhu’s powers are increased when he uses his ultimate. He gains significantly greater tankiness and increases his damage output. His powers are tremendous, and if a squad stays together throughout a fight, he may do a lot of damage to them.

Cthulu’s ultimate is one of the few abilities that may be used as an “I win” button. It’s difficult to compete against a character that is extremely difficult to kill and delivers a lot of damage and control to a team battle.

Tsukuyomi, God of the Moon

Tsukuyomi, one of the newest gods, poses a real threat when she emerges from the woods. In a team battle, he delivers strong control and a lot of damage. Few can survive a Tsukuyomi appearing up in their lane, despite her superior ganking skills.

He excels at taking down a single target, but with the right strategy, he can take out numerous adversaries while still escaping with his life. It’s difficult to merely run away when you have a stun, a slow, a disarm, and an ultimate that summons Tsukuyomi to you.

He excels at taking out an opposing mage or hunter, or both, in a team battle. He may blink in and kill foes with his kit, ult any fleeing targets, or engage with his ultimate. Engaging with the ultimate causes the opponent team to defend, allowing Tsukuyomi to use his whole kit as his squad falls on them. This is a terrific pick for anyone who wants to get right into the battle.

Cu Chulainn, the ultimate lane bully, abuses Manakin Scepter like no other. It’s not unusual that he obtains an early kill or even wins a 2 vs. 1 against the opposition jungler and solos thanks to his rage-based transformation mechanism. Cu Chulainn can out clean and out box practically everyone with Manakin Scepter. It also enables him to charge at hunters and render them ineffective.

He excels at pestering the opponent hunter in team engagements. Players may utilize the normal form ult to confront the other team before transforming and soloing their carry. He’s one of the few characters who gets off to a good start and keeps it throughout the game. A good Cu Chulainn may take a team to victory on his own. He is unrivaled in controlling the tempo of a game and making life simpler for his teammates.

Scylla, Horror of the Sea

Scylla is Smite’s most powerful burst mage. Scylla, a character known for her tremendous damage and game-changing ultimate, is capable of winning games on her alone. She possesses easy-to-miss skills, a good escape, and an ultimate that can practically one-shot squishy opponents and refreshes itself after a kill. She may use her 1 to root three foes that are clumped together and then unleash her 2 on them, killing or almost killing them all.

Scylla has a worse early game than many other mages, but she will win if the game gets into the mid-game and late-game. With her dash and root, she is a difficult god to kill, and a poor dive or gank attempt generally results in death for the adversary.

Scylla’s ultimate is the finest way to change the game’s momentum. When you get a few kills with it in a row, it destroys the enemy team’s motivation and boosts your team’s morale beyond belief.

Set is by far the most powerful deity in the game. Nobody can run a game like he can from the jungle. Set is unequaled at jumping in, murdering a mage and hunter, and then escaping uninjured in the solo lane. Throwing a tank at him is also a horrible idea because all he needs to do is ult, slap the tank, teleport to one of the clones in the backline, and kill all the carriers.

Set’s clever mobility, because of his clone teleportation, makes him extremely tough to contain. His burst damage is useful throughout the game and is among the best for an assassin. His ability to poke from afar and only go in when he wants to makes him both extremely safe to play and extremely deadly to oppose.