Braun Strowman, former strongman turned professional wrestler, is arriving in WWE Undefeated next month, a tweet from the official Twitter account of the game has revealed. Braun will join WWE superstars who are already part of the game, such as Roman Reigns and The Rock.

Since its launch a few months ago, the iOS and Android game has consistently been adding a potent roster of popular ring warriors to its ranks. Last month saw WWE Undefeated introducing fan-favorite John Cena to the game, and just a few hours ago it was revealed that Stone Cold Steve Austin will also be added to the game. 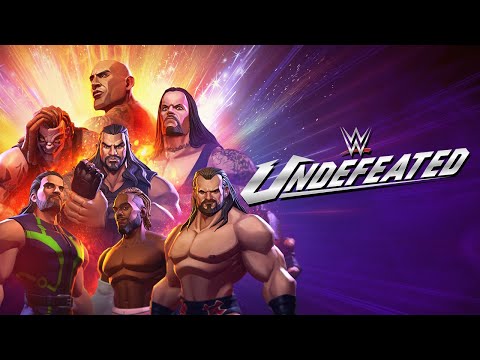 The game puts fans into multiplayer PvP matches where they fight off as their preferred WWE wrestlers in vicious battles and features loot boxes and leveling up mechanics Android and iOS players have come to anticipate from mobile games.

While WWE Undefeated started its life with largely mixed reviews, the frequent additions to its list of playable characters can only help to enhance the reputation of the game. If this is the goal, introducing Braun Strowman surely appears like a step in the correct direction.

Time to reveal the next Superstar in #WWEUndefeated!

Get ready to face #TheMonsterAmongMen himself, Braun Strowman in February!

Are you ready for a new face of destruction? pic.twitter.com/S1r9wnMyAl

As a present-day wrestler with a real-life undefeated streak back in 2016 and 2017, Braun Strowman has a huge following and might be the ideal wrestler to charm some WWE fans into the mobile gaming app. A few weeks ago, the game utilized an identical tactic by adding Triple H into the game’s roster. While Triple H may be considered an old school wrestler, he has appeared on recent WWE events such as Survivor Series 2019 and is still popular with all WWE fans.

Since the game’s launch back in December, WWE Undefeated has been introducing a myriad of new pro wrestlers and shows no signs of slowing down. Even though it does rely on the common loot box method present in most mobile games, fans have a lot to look forward to in the game’s future if it continues to introduce popular wrestlers after popular wrestlers to its consistently growing roster.

Xenoblade Chronicles 2 Sold Out In Japan After Nintendo Direct Announcement