Legend of Zelda fans rejoice! A sequel to Breath of the Wild may be released sooner than you think. Years have passed since the release of Breath of the Wild on the Switch and Wii U – around three years now, to be exact – but thanks to a recent leak from French retailer World Trade & Technologies (WT&T), we might be seeing a sequel before the year ends.

On a listing that has already been taken down, WT&T accidentally posted a Breath of the Wild 2 Collector’s Edition listing that was scheduled to be released on December 2020. Understandably, there is skepticism as to the reliability of this listing. However, there has been some previous encounters when WT&T was able to identify a game’s release date before any official announcement was made.

WT&T previously leaked that Nintendo was releasing a Switch port for The Witcher 3: Wild Hunt around late 2018. Around eight months later, this leak was proven to be true.

That being said, there are a couple of issues about the listing that need to be addressed. For one thing, we don’t expect the game to be called Breath of the Wild 2, given the fact that Nintendo doesn’t name the Zelda franchise that way.

Another thing is the date, as we find it highly unlikely that Nintendo will release the game around Christmas or New Year’s. After all, a highly-anticipated game such as this wouldn’t normally be released around that time. As such, it would be safe to assume that December 2020 was only a placeholder.

On the other hand, we do think that it’s still possible for a Breath of the Wild sequel to be released this year. This is because the Xbox Series X and the PS5 will be released soon, so this would be a great way for Nintendo to counter that. 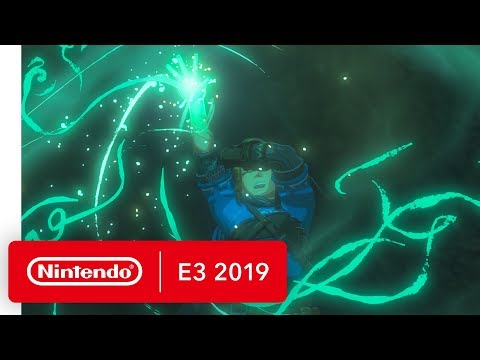 You can take this leak with a grain of salt, but given WT&T’s history, it wouldn’t hurt to start getting ready for this much-awaited Legend of Zelda sequel.