Hanwha Life Esports reached the playoffs with plenty of optimism after a solid 12-6 regular season result in the 2021 LCK Spring Split. But, against Nongshim RedForce, what many fans and commentators predicted to be a comfortable 3-0 series for HLE today quickly turned into a battle for their lives.

The game of League of Legends was tense, with both teams trading blows. In the end, HLE prevailed over NS in a tense 3-2 sequence. Chovy was the series’ best player, having played four separate champions in today’s match and popping off on one of them. And in HLE’s losses, Chovy was a ray of light who came close to helping his squad reverse the tables against NS. 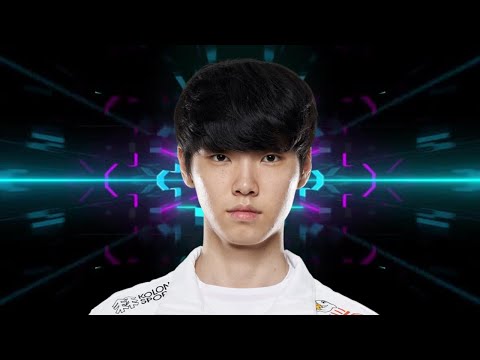 This series began with a pleasant surprise from the underdogs, who held the line against HLE admirably. Deokdam’s Ezreal came close to helping his team win the first game for NS, but Chovy’s Renekton stopped him. In the late game, his decisive team fights helped HLE secure the first game of the series.

Both teams went blow for blow in the next two rounds, adjusting their drafting phases. They were banning vital picks that seemed to have worked for their rivals in the previous game. And it appears that this was a successful strategy for both sides, as they both won a game during this stretch of the best-of-five series.

With the series on a knife’s edge in favor of HLE, NS took away Chovy’s picks, forcing him to play something he hadn’t done much with before. However, the strategy didn’t exactly pan out, and Chovy was able to get a hold of Viktor. NS, on the other hand, was able to shut down his teammates and tie the series.

HLE Advances to the LCK 2021 Spring Playoff Semifinals! Our race to victory doesn't stop here. Are you ready to #RushTogether? #행복합니다 #HLEWIN pic.twitter.com/oSuBvCdhG7

The last game was even for the most part until HLE support Vsta took his team’s fate into his own hands and used a decisive Alistar engagement to gave Chovy a huge lead. The superstar mid laner then took over the game with his smooth Orianna combos and helped HLE survive another day in the LCK playoffs.

HLE will now advance to the 2021 LCK Spring Split playoff semifinals, where they’ll have to face either DK or Gen.G. Based on the current playoff format, the team in the upper bracket (DK) will have the ability to choose their opponent. They’ll be able to pick between HLE or the winner of T1 vs. DRX.