Dentist Offers Free Cleaning If They Beat Him In Super Smash Bros.

Anyone who can beat him in Super Smash Bros. Ultimate gets a free cleaning from a Massachusetts dentist. Nintendo’s massive fighting game crossover extravaganza remains popular among both casual and professional players, who frequently compete against one another online or at special e-sports events – but Nintendo has lately begun cracking down on unofficial Super Smash Bros. tournaments.

Meanwhile, video games are frequently seen at medical and dental clinics, as they are frequently utilized to pass the time in the waiting area. Nintendo, in particular, is notable for its partnership with Starlight Children’s Foundation to offer Nintendo Switch gaming stations to children’s hospitals, making the youngsters’ sometimes difficult stay there a bit easier. In the Northeastern United States, one local dentist is introducing gaming to his office in a unique way by becoming actively engaged in the action, and he has the expertise to back it up.

Dr. Shah of Zen Family Dental in Ashland, Massachusetts, is offering an open challenge in Super Smash Bros Ultimate, according to SoraNews24. If the patient defeats Shah, they will receive a free dental cleaning; however, if Shah triumphs, they will have to tell the world that they were defeated by a dentist in Smash.

Shah’s challenge has gone viral in Japan, with Super Smash Bros. gamers joking that he’ll defeat the kids so hard that they’ll weep double at the dentist. On its YouTube channel, Zen Family Dental has also created a short video advertising Dr. Shah’s Super Smash Bros. Ultimate challenge, which you can watch below:

Outside of his dentistry business, Dr. Shah has a long history with video games, dating back to his days as a Super Smash Bros. player. Before becoming a dentist, he worked as a software engineer and even assisted in the development of simulators for US troops. 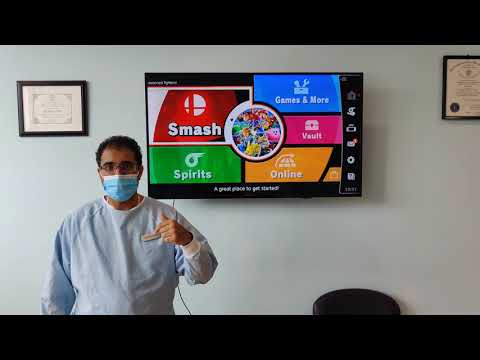 His favorite gaming series is Final Fantasy, which has prompted some outside observers to assume that when he faces off against challenges in his office, he selects Cloud Strife or Sephiroth from Final Fantasy VII.

Dr. Shah’s open Super Smash Bros. Ultimate challenge sounds like a fun approach to get more people to the dentist’s office, as well as another example of how gaming can bring people together in unexpected ways. Regardless of whether they win or lose, Dr. Shah’s patients will leave Zen Family Dental with clean, healthy teeth, which is what matters most at the end of the day.