There’s been a lot going on for Fate/Grand Order players, and it appears that they won’t be getting a break anytime soon. Even though the mobile title recently concluded its Prisma Illya event rerun, a whole new event will take place after the maintenance. Since we’re already a few days into February, which is the month of love, Fate/Grand Order will once again be celebrating its annual Valentine’s event.

This year’s event will run from February 3, 2021, to February 16, 2021, and interested players can participate in the festivities if they want to obtain some special in-game rewards.

Similar to Valentine’s event from the previous years, players can expect this year’s event to still revolve around giving chocolate to different servants who players have summoned. In exchange for the chocolate, the player will either receive a gift that’s related to the specific servant, or some kind of special chocolate in return. 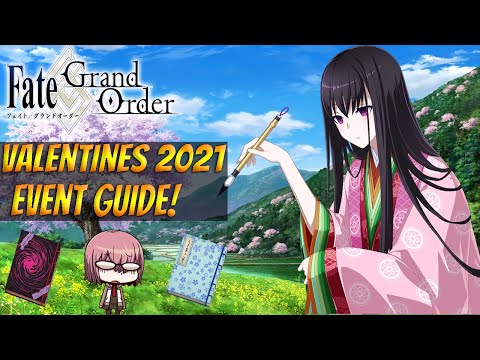 For Valentine’s 2021, though, players can look forward to voiced cutscenes from the newest additions to the launch roster. But before players can experience these new voiced interactions and receive the sweet rewards, they must first deal with a new and mysterious servant who will be joining the fray, along with seven cursed books.

That being said, there are some prerequisites players need to keep in mind for this year’s event. Most of the rewards for Valentine’s 2021, including the chocolates that unlock certain cutscenes, rely on Valentine’s point ladder. This ladder can only be filled by accumulating Poetry Composition points via free quests.

If players want to quicken the pace and increase the ladder faster, they can also purchase point-boosting craft essences and other items from the in-game event shop. However, there are three different currencies that can be used for these event items, namely Ink of Sentiment Weaving, Paper of Story Recording, and Brush of Dream Writing. All three currencies can be earned through all the available quests. 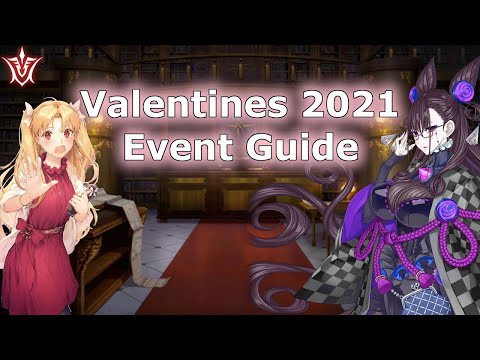 It’s worth mentioning, however, that we recommend that players should save their AP-refilling apples, especially near the end of this year’s Valentine’s event. This is because the best free quests where players can obtain points and event currencies are confined within main story quests, which unlock on a daily basis.

Long-time players couldn’t help but notice that there aren’t as many bonus servants for this year’s Valentine’s event compared to the previous years. However, on the bright side, the new SSR servant Murasaki Shikibu will have incredible stats. Specifically, she will have a 100% attack bonus and a 50% bond point bonus when she’s used during the event.

Players will be able to summon Murasaki Shikibu during the gacha banner for Valentine’s 2021 event, which will also have alternating rate-ups for various other characters.

‘Fall Guys’ is most downloaded PlayStation Plus Game, 7 million copies sold on Steam