Space Adventure ‘Gnosia’ Arrives In The West Next Year

It has been confirmed that the text-based social deduction space adventure, Gnosia, is set to release on the Nintendo Switch early next year. The announcement was made during the latest Nintendo Indie World Showcase presentation.

Developed by Petit Depotto and published by Playism, Gnosia is a single-player space adventure specifically set inside a drifting spaceship. The game essentially plays like a more sinister game of Among Us, as the crewmates have to figure out who the impostor is, or in this case the “Gnosia.”

The Gnosia is a mysterious threat or entity that possesses its victims and corrupts them until every crew member has been eliminated. It’s quite reminiscent of the 80s classic horror/sci-fi film The Thing. 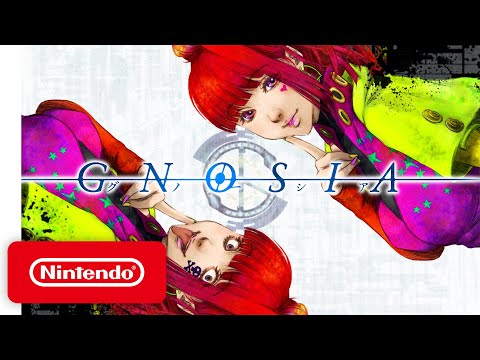 No one really knows who the Gnosia is inside the ship, so you have to look for clues and create a plan for survival. Those crewmates who are the most suspicious will be put into “cold sleep” in an attempt to resolve the situation. However, did the person you choose to put into cold sleep really Gnosia, or just an innocent crewmate? It’s impossible to tell.

As days pass and you slowly progress further into the game, you get to learn more and more about the Gnosia as well as the other characters who are on board the ship with you. Since it’s a text-based game, it plays like a visual novel more than anything.

As you might have inferred by now, the main goal of the game is to figure out who the Gnosia life form is within the group before any more crew members are lost. It’s an interesting game with a sinister narrative, seamlessly blending together RPG elements, mystery, and social deduction.

The RPG gameplay elements can be seen in the way Gnosia has different stats available for your character that you can increase. For instance, increasing the Charisma will result in more crewmates listening to you, while increasing Performance will allow your character to have a believable poker face when lying.

You also have to keep tabs on a character’s social ranking. This also plays an important role as the game progresses, and can even set off unique events.

Gnosia was initially released on the PS Vita last year, but it was only exclusively launched in Japan. Numerous players enjoyed the title, so much so that Gnosia garnered positive reviews and a good reputation in Japan.

Due to its notable success, Nintendo quickly decided to release a Nintendo Switch port, allowing even more people to experience the game outside of its native country. Gnosia was initially inspired by a classic social deduction game entitled Mafia or Werewolf, but many also compare this one to InnerSloth’s Among Us, another title of the same genre that has recently risen in popularity.

We understand this comparison though, as both situate players in a spaceship where they have to identify who the “impostor” is. Other than that, it was also compared to Disco Elysium for having a gameplay mechanic where you have to lie. Speaking of, it was recently announced during The Game Awards 2020 that Disco Elysium would finally be getting a console port.

In any case, Gnosia won’t be available until early 2021, but a listing for the game is already available on the Nintendo Switch eShop for those who want to add it to their wishlist.

Ariana Grande Getting A Fortnite Skin Via In-Game Concert