Several of Kratos’ famous fighting maneuvers from previous editions will return in God of War Ragnarok, according to Creative Director Eric Williams. In many ways, Kratos embarked on a new adventure in the 2018 edition, including his combat powers. The protagonist character’s primary weapon of devastation was Faye’s Leviathan Axe, which had a plethora of upgrade options that enabled players to fine-tune its function to their liking.

Players had to adjust to a new combat style for Kratos, one that slowed him down yet dealt more powerful strikes. However, the adventure’s pace did not remain consistent throughout. Kratos dug up his iconic Blades of Chaos about halfway through God of War (2018), unleashing fury from the hellish bowels of Tartarus on the Norse pantheon.

However, although fans were able to relive elements of God of War’s hallmark features, Santa Monica Studio was only allowed to explore a limited amount of the previous gameplay style. Fortunately, Kratos’ next excursion will take the squad farther into the past.

In an interview with YouTuber Kaptain Kuba, Ragnarok’s Creative Director, Eric Williams, the studio discussed what a sequel to the 2018 title should contain early on. Several suggestions recognized that the Blades hadn’t been appropriately reimplemented, leading to a sequence of pitches centered on earlier mechanics that should be revisited in God of War Ragnarok.

Some devs advocated bringing back Kratos’ grappling move, while others proposed Combo 5B, “where [Kratos] grabs guys out of the air and slams them down,” according to Santa Monica Studio. According to Williams, the team looked over the “best hits of stuff we didn’t get to” and brought them back. 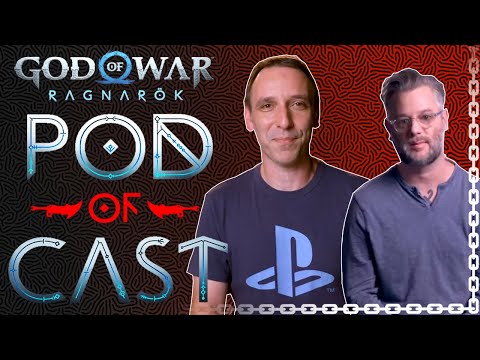 In God of War Ragnarok’s gameplay reveal video, which Sony debuted a week ago during its PlayStation Showcase presentation, eagle-eyed gamers recognized a few oldies but goodies. The almost four-minute movie also hinted at how Fimbulwinter affects our heroes, an event worth noting because it foreshadows the arrival of Ragnarok in Norse mythology.

During the Kaptain Kuba interview, Cory Barlog explained why Ragnarok is the final installment in the brand’s Norse story. Due to the length of time it takes to produce a game, Barlog wanted to avoid making players wait 15 years for a trilogy of games set around this period of Kratos’ life.

New Merchandise Line Released for K/DA ALL OUT