The company announced another huge enhancement today through an email to its partners in development, revealing that players will no longer be able to purchase a big selection of products on the PlayStation Store when accessing the online marketplace through a mobile phone or PC. According to Sony, the change will be implemented for the PC on October 19 and October 28 for mobile phone users.

On the said dates, players will not be able to buy any products from the PlayStation Vita, PlayStation Portable, and PlayStation 3 stores unless they access it through the gadgets themselves. Players will not also be able to purchase avatars, themes, and apps for the PlayStation 4 on either PC or mobile which is a perplexing addition to the restricted products lineup. The “your wishlist” feature will also be removed as well, with any titles added by players to the feature being scrapped. 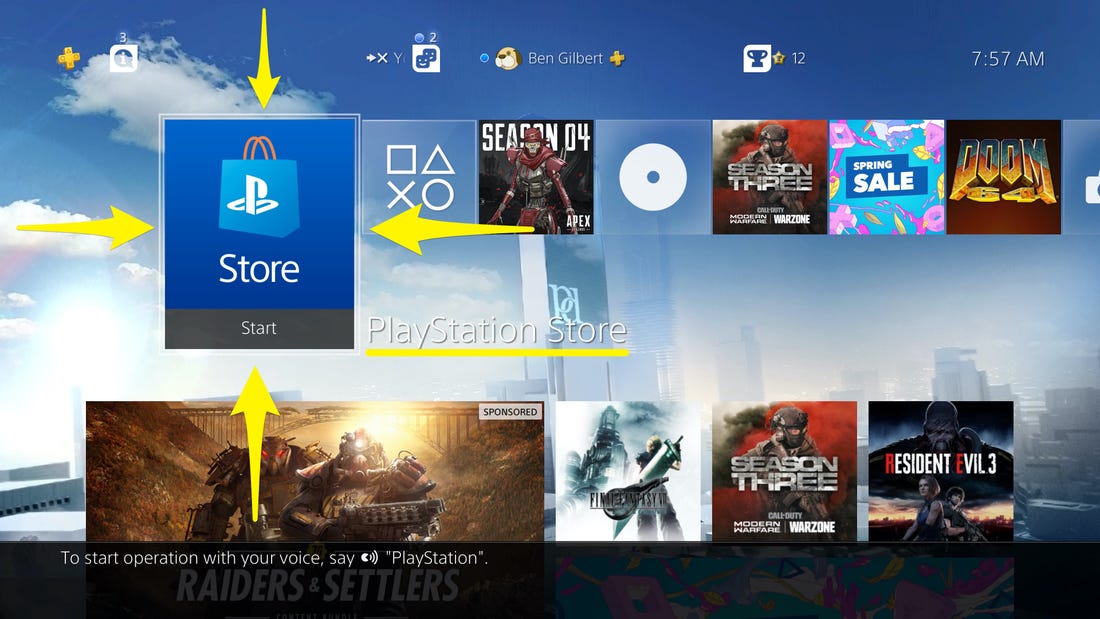 It looks clever to imagine that the decision is implying a major revamp to the PlayStation Store, possibly in preparation for the release of the PlayStation 5. Hopefully, Sony rebuilds it significantly, especially because the PlayStation Store has barely changed over the previous years and could definitely be modernized to fix its bizarre features and chunky design.

While players who used to buy for Vita, PSP, and PS3 games through the internet will probably find the expulsion to be annoying, Sony has explained that no purchases made via the store will be removed so this change isn’t going to affect players that much.

In preparation for the arrival of the PlayStation 5, Sony is certainly making considerable changes all round to make sure of a smooth next-gen console experience. While the general user interface is still uncertain, new leaks report that the developers have fixed the loud fan that has irritated many PlayStation 4 users to date.

Recently, Sony also revealed that they are improving the PlayStation’s Trophy system. Toshimasa Aoki, head of product management stated that the trophy system is increasing its 100 level cap. When the new update is implemented, the level will now range from 1 to 999 and will automatically remap the player’s trophy level according to their previously earned trophies.

Meanwhile, the PlayStation 5’s SSD will provide unmatchable quick loading times and its audio will apparently feature the latest in sound design. With the next-gen console scheduled to be released in less than a month, it will be interesting to see whether Sony can once again make itself the most successful seller in the industry, with Microsoft likewise striving to provide a flawless gaming experience.

Last month was an exciting one for both Diablo fans and Blizzard fans in general. For starters, BlizzCon Online took place in February, which...
Read more
News

There was a time when Marvel's Avengers was supposed to be released alongside the PlayStation 5 and Xbox Series X consoles. Many wishing to...
Read more
News

If you're a gamer, then you're most likely used to bugs and glitches by now, especially if the kind of game you play still...
Read more
News

Developer ZA/UM revealed Disco Elysium: The Final Cut during The Game Awards 2020, which is basically an extended version of the initial Disco Elysium...
Read more
News

There's a bunch of games that the gaming community is looking forward to, and included in this list is Capcom's Monster Hunter Rise for...
Read more