Pokemon Go gave players the opportunity to catch a Shadow Mewtwo during the celebration of the Pokemon Go Fest 2020. However, it looks like the developers are giving players another chance to add the special form of the Legendary Pokemon to their Pokedex.

Dataminers have searched through the game’s most recent update files and have discovered an upcoming Team Rocket-inspired Special Research which will result in an encounter with a Shadow Mewtwo.

According to the dataminers, the Pokemon Go Shadow Mewtwo Special Research will be named as An Inter-egg-sting Development and will feature a new item called Strange Eggs which was formerly referred to by dataminers as Shadow Eggs.

The upcoming six-part Special Research will apparently be created to introduce players to Strange Eggs and how they vary from the regular eggs that players can now collect in the famous augmented reality mobile game.

Presumably, Pokemon Go Strange Eggs will be rewarded from beating Rocket Leaders which gives players one good reason to engage in battles against Team Rocket in the game. Players will then be able to hatch the Strange Eggs similar to other eggs in the Pokemon Go, place them in an incubator and walk a specific distance. The difference, however, is that these Strange Eggs will indubitably only hatch Dark and Poison-type Pokemon.

Before Pokemon Go players become overhyped about possibly capturing a Shadow Mewtwo or hatch Strange Eggs in the game, they should take note that the details in this leak haven’t been verified yet by Pokemon Go’s developer, Niantic. It’s absolutely in the realm of possibility that nothing from the datamine will actually happen into the actual Pokemon Go game and that these plans may have been canceled by the development team.

If the Strange Eggs and the Shadow Mewtwo Special Research are really coming to the game, it will be exciting to see when they will be included in the game. As of writing, Pokemon go is in the middle of an autumn event, and later this month, fans are anticipating the launch of its yearly Halloween festivities. 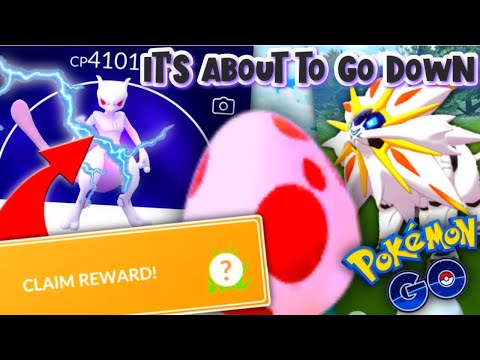 This year’s autumn event will run from October 9 until October 12 and will feature the debut of a Gen 5 Pokemon called Deerling. The new Pokemon is a Normal/Grass-type and has four various forms. In the mainline games, the form it takes depends on the in-game season and these forms will also be carried over once it evolves to a Sawbuck.

However, in Pokemon Go, players will only encounter Deerling in its autumn form. Niantic hasn’t revealed if it will be adding its other forms as the season changes in the game.

With the game being really busy for this month, maybe these new features will be introduced in November. Alternatively, the developers might wait and add these features during the winter in an attempt to give players a reason to play during the cold months.

While Pokemon Go players are hoping for more details about the next Special Research event, `they can continue doing the ongoing Victini event and try to finish any remaining Special Research challenges that they might have not accomplished from past events.