Fans now know what kind of game Immortals: Fenyx Rising is. Just last week, the game was renamed from its original name which is Gods and Monsters.

Following the rename, Immortals: Fenyx Rising fans are now expecting the next logical step on its official reveal – its release date. However, fans were shocked to learn that a leak popped up on the Microsoft Store ahead of time.

The listing, which is now removed, revealed that Immortals: Fenyx Rising will be launched this year on December 3. The game will also support Smart Delivery which means Xbox One players who already own the game will have a free upgrade once they download it on the Xbox Series X. 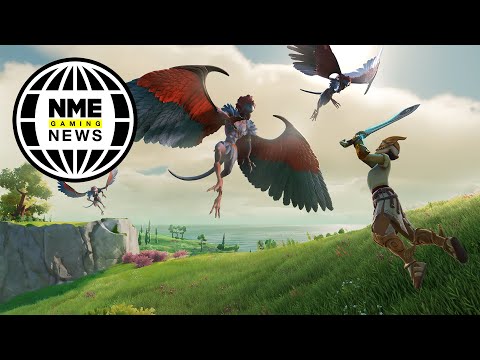 As these leaks usually go, the listing on the Microsoft Store also contained Immortals: Fenyx Rising complete game description as well as several in-game screenshots. This the most fans have learned about the game since Ubisoft rarely gave details about the game since it was initially revealed at the E3 game showcase last year.

The animation also appeared to have been changed since it no longer has Zelda: BOTW’s cool colored tones.

Based on the game’s description, Immortal: Fenyx Rising will be open world that features seven distinct regions. Players will take on the character Fenyx who is on a journey to save the Greek gods from an unknown curse.

As the game progresses, Fenyx will be able to borrow the Greek god’s powers such as wielding Daldalos’ wings and Achilles’ sword. Players will also enjoy battles on both land and air as seen on the leaked screenshots.

Here are a few of the leaked screenshots:

Looking closely at the leaked photos, players will also meet mythological creatures such as Medusa and Cyclops. The leaks also show a bit of puzzle-solving gameplay but the game description doesn’t contain in-depth details about this.