A credible leaker of PlayStation 5 games such as God of War Ragnarok has struck again, indicating that Silent Hill is on its way back to the next-gen console. The hit horror game was initially set by renowned Metal Gear Solid maker Hideo Kojima in collaboration with moviemaker Guillermo del Toro and Walking Dead sensation Norman Reedus.

This was verified thanks to the PlayStation 4’s P.T., a playable teaser of the game that was launched back in E3 2014 to high player anticipation and critical acclaim. The endeavor was believed to have fallen apart after Kojima’s controversial separation with Konami which has led to his independent establishment of Kojima Studios and Death Stranding, but it appears that the company is finally moving forward with a number of high profile games based on his work.

The same person who leaked God of War Ragnarok before it was revealed has also pledged that a Metal Gear Solid remake is imminent, supposedly coming from Demon’s Souls developer Bluepoint Games. After Konami’s depressing attempt to make its own installment in the Metal Gear series with the poorly received Metal Gear Survive was meticulously denied by players and critics, a third-party remake of the game that put the franchise in the spotlight appears like a reasonable way to go forward. 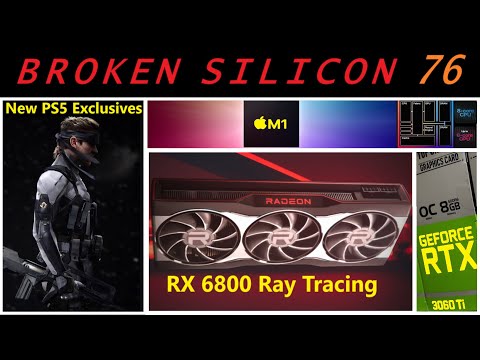 Another game leaked by YouTuber Moore’s Law is Dead during a recently concluded podcast is Silent Hills, a game that he claims is “almost entirely confirmed.” He asserts that Hideo Kojima and Konami were able to agree on a contract that would let the game maker continue the work he started before separating from the publisher.

This would be a big and entirely unprecedented move, as Kojima thoroughly booted Kojima from the company in a hateful fashion, and Kojima has since refused any involvement with the Silent Hill and Metal Gear franchises.

There is one additional detail about the game that could allow fans to know when they will be seeing more. As some might guess, given the history between Geoff Keighley and Hideo Kojima, the reveal of Silent Hill could be one of the biggest announcements of the upcoming Game Awards 2020.

People that don't really understand the hype behind a new silent hill game or the project silent hills haven't seen the pure terror that P.T instilled in me and countless others

And that shit was a DEMO

JUST LOOK AT THIS pic.twitter.com/7fkgFoXrs8

Keighley was vocal about Konami’s management of Kojima, using his Game Awards time to criticize the publisher. Therefore, it will be a huge PR move to have Konami make a bold move on that very stage while working with the developer they recently publicly condemned.

During the podcast, Moore’s Law is Dead dropped another PlayStation leak that is definitely interesting. Sony has allegedly been reserving gameplay reveals and other announcements due to the fact that their entire PlayStation 5 supply is getting sold out instantly and because they are lacking competition in the exclusives front.

For now, that is possibly the best move, as Xbox’s exclusive lineup of games is still mostly in development at their new studios. Simultaneously, it is another sign of Sony’s arrogance in this generation, and it might cost them everything in the future. Sony is still handling this new generation as a battle between consoles, but exclusive titles will matter slightly less in a battle of online platforms.