Mario Golf: Super Rush, the latest edition in the Super Mario sports game series, is a hole-in-one in terms of early sales in the United Kingdom. According to rumors, the game has surpassed Sony’s Ratchet & Clank: Worlds Apart as the best-selling physical game in the UK.

Mario Golf: Super Rush was launched on June 25 after a lot of hype and expectation. Super Rush is the sixth chapter in the Mario Golf series, and is a follow-up to the 2014 Nintendo DS title Mario Golf: World Tour. Mario Golf: Speed Rush was famous for bringing two new game modes: Speed Golf and Battle Golf, to the franchise.

Players compete to finish a hole in the lowest period of time, not necessarily the fewest number of shots, in Speed Golf. Battle Golf is similar to regular golf, except it takes place on a virtual course where players compete to be the first to knock their ball into one of numerous holes.

In addition, Mario Golf: Speed Rush includes a Golf Adventure mode that allows users to customize and enhance their own Mii golfer as well as a variety of courses. The game was greatly anticipated by fans of the franchise as the first Mario Golf game in over seven years, and early sales in the UK appear to reflect this desire.

According to Gamesindustry.biz, Mario Golf: Super Rush launched as the number one game in terms of physical sales in the United Kingdom last week, despite mixed reviews. Super Rush triumphed against Sony’s latest Ratchet & Clank game, EA’s FIFA 21, and Mario Kart 8: Deluxe to take the top place. Although early sales were “modest,” Mario Golf: Super Rush sold 17.5 percent more copies than Mario Tennis Aces, another chapter of the Mario sports titles for the Switch, according to the study.

Despite the fact that Mario Golf: Super Rush was much anticipated, the game got mixed reviews. While many reviewers complimented the game’s gameplay, additional modes, and integration with motion controllers, some criticized the game’s content richness. Reviewers remarked that Mario Golf: Super Rush featured a limited number of courses at launch, however more are expected to be added via DLC in the future. 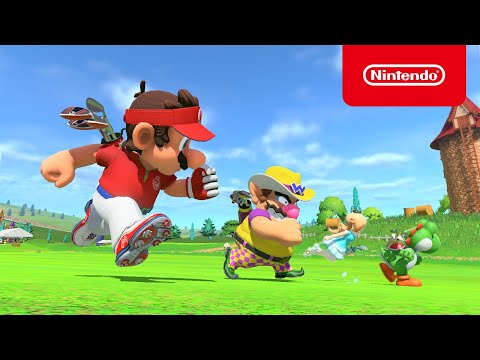 These negative reviews, on the other hand, didn’t appear to dampen the desire for a new Mario Golf game, especially when the game was released on the Nintendo Switch. With the promise of future DLC to round out the lacking content, many players seemed willing to give Super Rush a chance at launch.

It should be emphasized, however, that these represent physical sales for games in a single nation. It’s entirely possible that overall sales of Mario Golf: Super Rush may exceed (or fall short of) expectations. The early figures, on the other hand, appear to be promising.