The release date for Marvel’s Avengers: Infinity War has been confirmed by publisher Square Enix and developer Crystal Dynamics. Black Panther: War for Wakanda is a new DLC that includes Black Panther as well as new enemies, locations, and more.

On Thursday, Square Enix announced that a free update for Marvel’s Avengers would be released on August 17th. Square has also announced an all-access weekend that will run from July 29 to August 1.

King T’Challa, the current Black Panther and ruler of Wakanda, an isolated yet technologically sophisticated nation, focuses on the new expansion. The narrative of the expansion centers around T’Challa’s struggle to fulfill his responsibilities as King and as a superhero after a betrayal and tragedy. He must both defend his people from the supervillain Klaw and learn to trust those around him. T’Challa’s tech-savvy sister Shuri is also expected to play a key role in the plot.

Returning and Marvel’s Avengers gamers will explore newcomers The Royal Palace and the jungles of Wakanda. With additional characters, vendors, and War Table objectives, the former acts as a fourth Outpost.

Crystal Dynamics and Square Enix haven’t provided any fresh information regarding their take on Klaw. The cybernetic South African mercenary was a recurrent secondary villain in the Marvel Cinematic Universe and was largely inspired by Marvel’s Avengers. 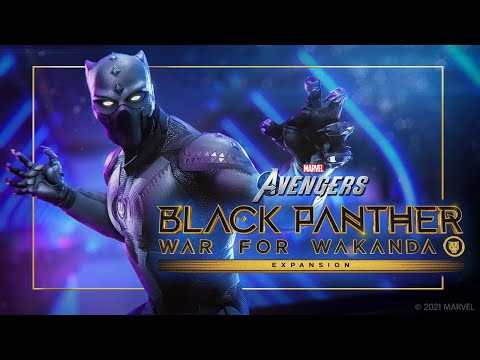 In the movies, most of his crimes included stealing and selling Wakanda’s vibranium. That appears to be the case in the growth of Wakanda in the War for Wakanda. Square has also withheld a lot of information on the new Zones and Missions. Much of the growth, though, will take place in Wakanda’s lush forests.

Meanwhile, the all-access weekend kicks off today and goes through August 1st. It’s available on PS4, PS5, Stadia, and PC through Steam in all territories. New players may play the full game for free, however, online play requires a PlayStation Plus membership for PlayStation users. After the free trial period has ended, new players who opt to purchase can maintain their progress. During this time, the game is additionally discounted by 40%.

According to Square Enix, Xbox users will get a similar option to sample the game for free in the coming months. During the all-access weekend, all Marvel’s Avengers players will have access to exclusive promotions. This includes, but is not limited to, a 400% increase in XP gain. In-game purchases in Marvel’s Avengers are also 50% discounted, and players may repeat the game’s Tachyon Anomaly event.

Pokemon Go Will No Longer Support Older Devices This October