The Hulk’s Avengers: Endgame costume will debut on May 20 in Marvel’s Avengers. This is the most recent collection of skins for the superhero game influenced by the Marvel Cinematic Universe. Both Black Widow and Hawkeye have obtained skins based on their outfits from the blockbuster MCU film Avengers: Endgame in the last few weeks.

More Avengers: Endgame skins for Marvel’s Avengers are on the way, according to a new game roadmap. Crystal Dynamics announced that more clothes from the Russo Brothers’ latest MCU film would be added to the game during May and June, which will see the Red Room Takeover and the Cosmic Cube activities. A fan-favorite outfit is expected to join the roster of MCU-inspired skins, which already includes two.

Crystal Dynamics revealed on the PlayAvengers Twitter account that beginning May 20, Hulk’s outfit from Avengers: Endgame would be available for purchase in Marvel’s Avengers’ in-game marketplace. The skin would most likely cost 1400 credits, the same as Hawkeye and Black Widow’s MCU skins, but the developer did not specify a price.

This is an absolute win! 👊

Inspired by the Marvel Cinematic Universe, Hulk’s Marvel Studios’ "Avengers: Endgame" Outfit shows a time when Bruce and Hulk were as one.

Get it in the Marketplace on May 20! pic.twitter.com/zcHCT5VKm0

The look from the MCU’s penultimate Phase 3 film, “Professor Hulk,” is featured in the Tweet. Purple accents, as well as knee and abdomen pads, add color to the otherwise gray ensemble. In the third act of the film, Hulk wore this costume. When building the Iron Gauntlet with Tony Stark and Rocket Raccoon, Bruce Banner wore this outfit.

The third MCU-inspired outfit is another Marvel Avengers suit that is largely authentic. Although some fans of the game have expressed dissatisfaction with some skins released, this recent addition is probably the most similar to its MCU counterpart. 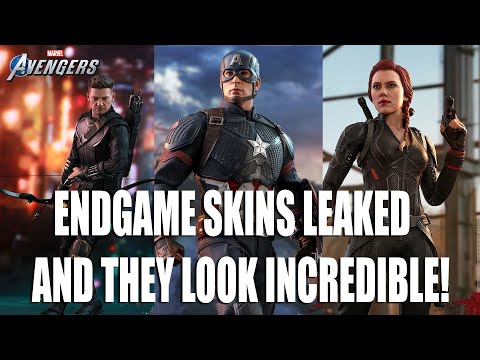 This Hulk skin, like Black Widow and Hawkeye’s outfits, has a different hairstyle from the one worn by his character in the film. Fans who have attacked Black Widow and Hawkeye’s costumes for having different hairstyles may be offended by this. This has become more of a theme, and with more Avengers: Endgame skins due to appear in the coming weeks, fans can expect more of the same.

Crystal Dynamics appears to be outfitting the majority of its heroes with skins from the most recent MCU film. Iron Man, Captain America, and Thor are the only remaining characters from that film. With this in mind, their appearances on Marvel’s Avengers are expected to happen in the first few weeks of the season.

PlayStation 5 Group of Scalpers Have More Stock Online Than Retailers

PlayStation 5 Cooling Fan Will Receive Updates Even After Console Launch