As expected of a long-standing franchise, the Mortal Kombat series has had its fair share of ups and downs. Some Mortal Kombat titles are still praised and beloved until now, while others are better off lost and forgotten.

Given how the franchise has been around for nearly 30 years, it doesn’t come as a surprise that Mortal Kombat has contributed some iconic and classic characters in today’s pop culture.

When the 1995 Mortal Kombat movie was released, it was extremely well-received by its viewers, so much so that one could say that it received Hollywood treatment. Now, many years later, the classic film is once again brought back into conversations thanks to Mortal Kombat’s creator, Ed Boon, and a few of his tweets.

Mortal Kombat 11 was launched last year, and it had a pretty positive fan reception. The game was able to stay relevant within the video game community thanks to its DLC packs, which contain new characters for players to utilize. 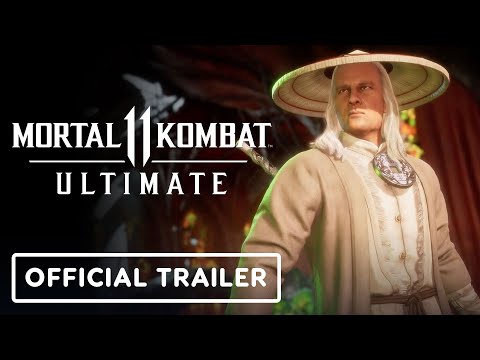 While some additions seem to be pretty obvious character choices, such as Mileena, some DLC packs contain unexpected characters. For instance, fans would have never thought that they’d be able to play as John Rambo in a Mortal Kombat game.

That being said, fans hold on to these unexpected content — it’s what tethers them to Mortal Kombat 11 — and Boon’s recent tweets definitely fall under that category. It all started when Boon shared a photo on Twitter featuring three character skins that look a lot like the actors who played classic characters in the 1995 movie.

Sonya Blade by Bridgette Wilson-Sampras, Johnny Cage by Linden Ashby, and Raiden by Christopher Lambert are showcased in the said tweet, along with a caption that says “MK Movie skins!”

Shortly after, Boon shares a new trailer revealing the “Klassic MK Movie” skin pack. Even though Mortal Kombat 11 Ultimate has been officially launched, it’s great that Netherrealm Studios still continues to work hard at improving the game, ensuring that fans will keep returning to it.

The trailer contains a few clips showcasing the gameplay of each new character. In addition, the characters appear to be wearing the same exact outfits they wore in the Mortal Kombat movie.

What makes these character skins stand out from the others is the fact that it contains voice work done by the movie actors themselves. While there are many fans who are currently looking forward to more Mileena-centered content, this surprising trip down memory lane is definitely welcomed and appreciated.

Besides, the Klassic MK Movie Skin Pack is already available for purchase at $5.99. It’s never been a secret that fans have a soft spot for the original 1995 Mortal Kombat flick, so it was definitely a great idea for Boon and the rest of the team to release this kind of nostalgic content. Some fans may not have even realized that they wanted this kind of content until today.

From what we can see, the character skins look crisp and well-designed. Those who are fans of both the franchise and the video game series shouldn’t miss out on this.

Best perks to get in ‘Call of Duty: Warzone’

Battlefield 6 To Be Revealed This June 2021