Mythical Items coming to League of Legends next year

League of Legends developer, Riot Games, has revealed that the game will undergo a massive update this preseason. The developers shared a few early looks at several mythical items coming to League of Legends in Season 11.

After every competitive season, Riot Games the preseason break to provide major changes they have prepared throughout the year. This gives players time to adjust before the new season kicks off.

During the last preseason break, the developers focused on several Rift updates including the elemental drakes. For League of Legends season 11, Riot Games will implement major shop and item adjustments.

Last September 9, the developers released a few details regarding the upcoming changes, stating that a new set of items called “Mythic Items” will be added this preseason.

On the most recent episode of Riot Pls, Jessica “Safelocked” Nam detailed that only one Mythic Item can be bought per game and that these new items would really affect someone’s role and define their playstyle.

Riot Games developer also revealed a few screenshots of a couple of the upcoming items. The post contains three unique mythic items for Marksman heroes, each with various perks and stats.

Worth noting, not all Mythics will be fully new items. Some of our iconic old items will be upgrated into Mythics so that they can still be a build defining first purchase.

Yetter also revealed that not all of the Mythic Items will be new. He explained that a few of League of Legend’s existing items could be upgraded into Mythic Items.

Below are the Mythic Items shared by Yetter but it is worth noting that these items are still in early development and most of them will still undergo a few changes before they are officially released into the game. 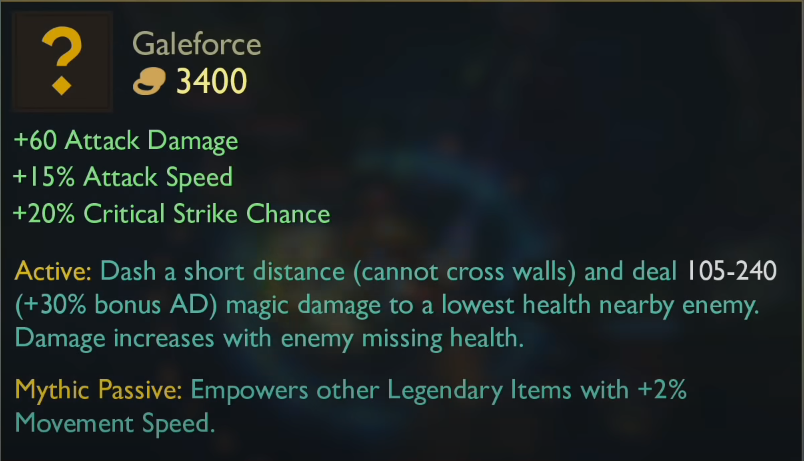