The franchise really took off in the West with the launch of Persona 3 and has only developed since then, with Persona 5 being the latest installment in the franchise and getting its own dedicated sequel this February. 2021 marks the 25th anniversary of the franchise and it appears like developer Atlus is not just going to let that achievement slide.

In a new year card published by Famitsu, Atlus revealed that the Persona franchise will be getting a “25th-anniversary commemoration project.” No additional information were given, leaving it unknown if this is going to be the next installment in the series or some kind of remake of a past game.

They also mentioned that this addition to their active development on Project Re Fantasy and Shin Megami Tensei 5, with Project Re Fantasy launching sometime this 2021. Atlus also gave an acknowledgment for the high ratings and sales received by Sentinels: Aegis Rim.

Although no information on the new game was announced, the revelation itself serves as verification of what Persona 5 producer Kazuhisa Wada made just a few weeks ago. Wada unveiled that there will be “big news” for the franchise’s 25th anniversary and now fans know that it is some kind of celebration project. A lot of fans are already guessing on it perhaps being Persona 6, but it would not be peculiar for it to be a remake of one of the earlier games or perhaps even an HD collection. 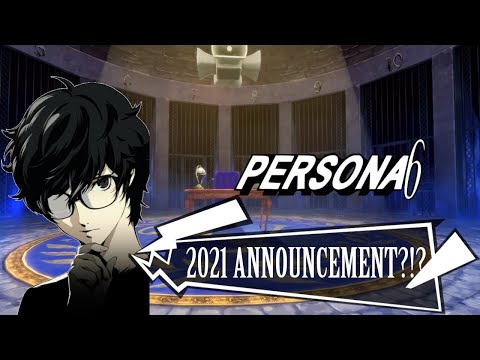 Whatever the new project may be, 2021 is shaping up to be a great year for Persona players. They already have Persona 5 Strikers releasing in just a few weeks and now confirmation that a new project is currently in development.

Provided the success of Persona 4 Golden, it appears like PC players will be able to join in the fun too. Of course, this is all on top of Shin Megami Tensei 5, which is also arriving this year and should surely be on the radar of any Persona fan.