Pokemon Presents: Arceus was held recently by the Pokemon Company to promote the forthcoming Pokemon Brilliant Diamond, Shining Pearl, and Pokemon Legends: Arceus games. Because Pokemon Legends: Arceus appears to be set in a previous version of the Sinnoh area (now known as the Hisui region), fans didn’t expect the game to contain new Pokemon. However, the addition of at least four additional Pokemon to the list has already been confirmed.

Wyrdeer and Basculegion are the two entirely new Pokemon introduced for Pokemon Legends: Arceus. The developed version of Stantler is Wyrdeer, while the evolved form of Basculin is Basculegion. Because these forms can only be found in the Hisui area, they haven’t appeared in any prior Pokemon games. Players will be able to employ Wyrdeer and Basculegion as conveyance as well as combat in fights, as revealed in the latest Pokemon Legends: Arceus teaser.

The other two announced new Pokemon in Pokemon Legends: Arceus are regional variations of current Pokemon. When Pokemon Legends: Arceus debuts early next year, it will introduce Hisuian Bravery and Hisuian Growlithe to the world of Pokemon. Hisui Bravery and Hisui Growlithe, like other Pokemon regional variations, are identical to their original forms but have a different appearance to better complement their area.

The Pokemon Company released some additional intriguing facts regarding Pokemon Legends: Arceus, in addition to announcing new Pokemon. For the first time in a main series Game Freak game, Pokemon combat are getting a major revamp, with each Pokemon having a unique battle style that players will have to employ while exploring the open world. This is undoubtedly a dangerous approach, but it should help Pokemon Legends: Arceus stand out among the numerous other Pokemon games available. 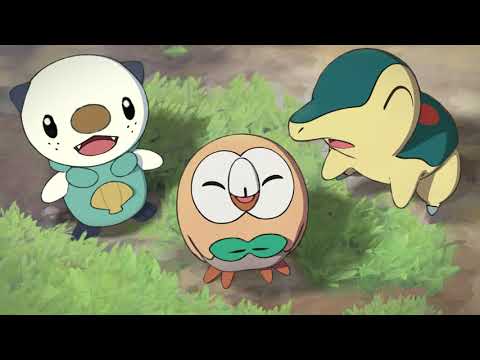 Those who are concerned about the changes in Pokemon Legends: Arceus may want a more conventional Pokemon experience. Thankfully, the Pokemon Diamond and Pearl remakes, dubbed Brilliant Diamond and Shining Pearl, appear to be doing exactly that. During the Pokemon Presents event, a new video of Pokemon Brilliant Diamond and Shining Pearl was revealed, offering fans a better look at the gameplay, which looks to be extremely similar to the original games with a few small tweaks here and there.

With the release of Pokemon Brilliant Diamond and Shining Pearl in November and Pokemon Legends: Arceus in January, it appears that fans of the brand will have much to look forward to in the next six months.