Pokemon, as a decades-old franchise, has a history of releasing bizarre material. The Pokemon Company seems to be always attempting to outdo itself, from Pokemon lures to Pokemon fishing bras. If that is the company’s goal, the latest Machamp fitness video might have accomplished it.

For those who haven’t seen the official Pokemon Kids TV YouTube channel, it’s reminiscent of the Teletubbies and lacks the heavy traffic that one would expect from a Pokemon channel. Although it has a few videos with millions of views, only five people were watching the channel’s live stream. With all of the Pokemon 25th anniversary festivities, fans may be experiencing Pikachu overload, but it’s also likely that these fans just need to let off steam with Machamp. 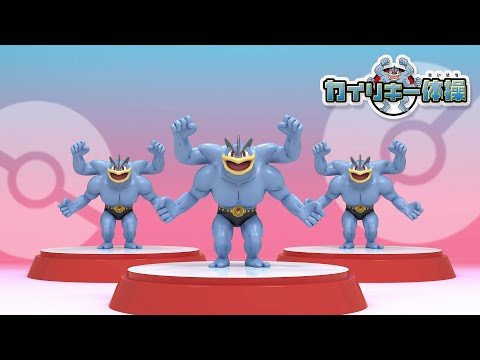 Enter the Machamp fitness video from Pokemon Kids TV. Three Machamps are seen in the video stretching for 45 seconds, doing leg kicks and air punches for 50 seconds, and cooling off for 30 seconds. The strong, four-limbed Pokemon recently received a brand new moveset in Pokemon Go, and now fans can see the preparation taken to pull off those moves thanks to a new video.

Of course, audiences will like four arms to go along with the movements, but a two-armed variant of the muscle-building moves isn’t that difficult. Viewers could be able to replicate Machamp’s in-game moveset with sufficiently intensive preparation and committed practice.