It even compares it to hostage crises, biological weapons, and nuclear war as examples of global risks. Needless to say, Ubisoft wants to make it obvious that the war in Rainbow Six Extraction is unlike anything else in the franchise’s history.

Following the cinematic opening, the subsequent 90 seconds depict a scaled-down version of Rainbow Six Extraction missions. It begins with stealth infiltration, quiet shooting, and melee executions. The action then intensifies with strategic strikes on groups of alien adversaries that can’t be taken out quietly.

Following that are objectives such as eliminating significant threats or rescuing captives. There are also surprises, such as attacks from unexpected threats, such as exploding foes. Finally, there’s the most terrifying menace of all: a massive and lethal boss opponent.

A narrator provides dramatic commentary throughout this gameplay breakdown, not only on how hazardous and thrilling Rainbow Six Extraction’s gameplay is but also explains several other essential features.

In particular, the narrator emphasizes the need for teammates to cooperate to overcome the thread. “Together, we battle for our future,” and other motivating comments are stated, encouraging participants to work together or face failure. 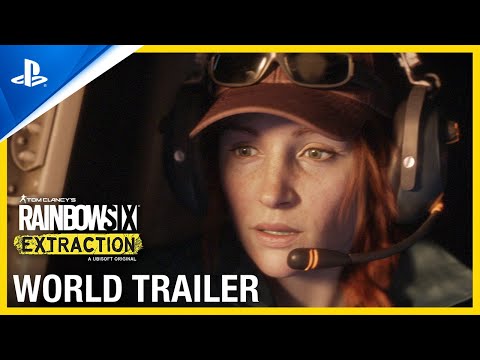 More information may be found in a blog post that accompanied the trailer’s debut. Each invasion is divided into three phases, according to Ubisoft. Each phase has its own set of difficulties and goals, as well as rewards.

Players can choose to depart after each phase or continue exploring the map for increasingly tougher tasks. Players will be able to acquire additional maps, Operators, technology, and cosmetics by progressing in this manner.

According to Ubisoft, Rainbow Six Extraction will also have the Maelstrom Protocol, which is a ranked mode with rising difficulties and the game’s highest prizes. Naturally, when Ubisoft claims Rainbow Six Extraction’s plot is based on the greatest danger to the globe in its Tom Clancy games to date, it intends to make players feel that way in-game. More information will be released soon.