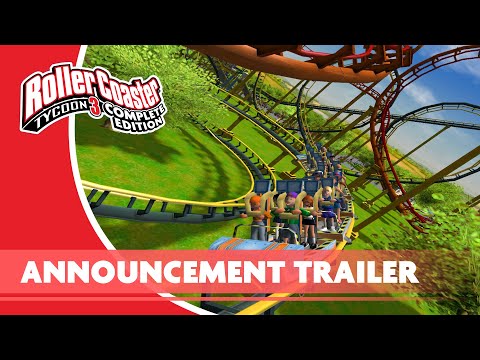 However, it does come with a couple of tweaks and enhancements that will definitely spruce up your gameplay. Not only that, but this will be the first time that the game will be up for sale since 2018.

You see, its developer Frontier and its publisher Atari don’t exactly have the best relationship. As a matter of fact, there have been lawsuits filed in relation to the title. After Frontier sued Atari for not paying enough of their royalties, RollerCoaster Tycoon 3 was removed from both GOG and Steam.

Now that this new edition is on its way, it’s safe to assume that Frontier was able to get back the rights of the game. However, we’re not quite sure why the original version of the game hasn’t returned yet.

We can see that the game is still available on Steam, but there’s no option to buy it. Also, Steam’s version still shows Atari as the publisher. We’re still waiting for more information from Frontier as to whether or not they’ll take back the original game.

That being said, RollerCoaster Tycoon 3: Complete Edition will have feature visual improvements, optimized controls, and widescreen support. Unfortunately, there won’t be 4K support.

RollerCoaster Tycoon 3: Complete Edition will be available on Steam, Epic Games Store, as well as the Nintendo Switch eShop this September 24. Don’t miss out on this exciting new edition!