A launch has finally been provided for Sea of Thieves’ upcoming Season One and it will be here before you know it. Back in 2020, developer Rare made the revelation that its action-adventure game featuring pirates would be ceasing monthly updates in favor of three-month seasons for the current year.

Sea of Thieves was released in 2018 and got off to a rocky start. The game earned mixed reviews with most critics pointing to the scarcity of content available at the time. However, the developers looked at Sea of Thieves as a “game of service,” and later added a lot more content in the following months.

Ultimately the game turned into a huge success with millions of players and now, almost three years after its original release and only a few months after arriving to the Xbox Series X|S, the development team is continuing its “game as a service” policy with the new addition of seasons.

Sea of Thieves Season One begins on January 28th. pic.twitter.com/EM7LALD1hR

Rare posted on Twitter a few days ago to reveal that Sea of Thieves Season One will launch in under a week on January 28. The new season will last for three months and come with various updates and new content.

Player progress will tie into a wide array of season-specific challenges, both free and part of the premium pass. Few information exists, however, about what those challenges will be and as what will be added within the season in general.

Most of the fan reactions to the revelation were mostly positive, but some were concerned about the lack of information surrounding the first season. There are only a few days left before it releases and the development team has not disclosed additional information. 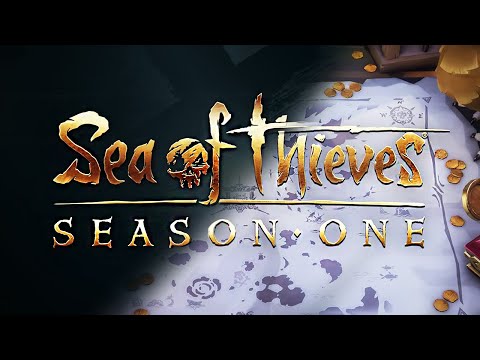 When compared to other titles that rely on seasons, this may look to be unorthodox. For example, Treyarch normally launches specific announcements for Call of Duty well before a new season drops in order to heighten the excitement for what is coming.

The absence of communication this close to release may be a bit concerning for Sea of Thieves players. The developers are taking the game in a new direction, yet they are not revealing any of the specifics. This in particular may be a bit of a turn-off for players who are considering buying the battle pass.

Fans may not be so willing to spend more cash if they are not made knowledgeable of what they will be receiving with their purchase. It will be exciting to see how the game will separate itself from other season-centered games.