While the Sherlock Holmes series began with Sir Arthur Conan Doyle’s writings, the super detective has since appeared in a variety of media, including television episodes, movies, and even video games. Sherlock Holmes Chapter One is the most current adaption of the character, and fans just learned additional information about it.

Frogwares, best known for creating the Sherlock Holmes video game franchise and The Sinking City, seeks to carry on the detective’s legacy with Sherlock Holmes Chapter One. This new Sherlock Holmes game, set on the Mediterranean island of Cordona, provides enthusiasts new crimes to solve.

Gamers will take on the role of a young Sherlock Holmes as he tries to piece together the circumstances that led to his mother’s murder. The creators stated that they intended to give fans more information about what turned the young man into the quirky investigator from the books.

According to a recent update from the series’ head of development Serge Chervonnyi, the game is being created with the DualSense controller’s technology in mind. Haptic feedback, for example, will play an important role in the game.

As they try to figure out what happened at crime sites, the gamers will sense vibrations, according to Chervonnyi. Correct acts will have unique vibrations, “almost like intuition or your gut telling you what is good or incorrect,” says the author.

The developer mentioned that the haptic feedback was being carried much farther than just vibrating with specific beats. The DualSense controller will use directional vibration to show the player which way to look as they solve puzzles to aid them along. 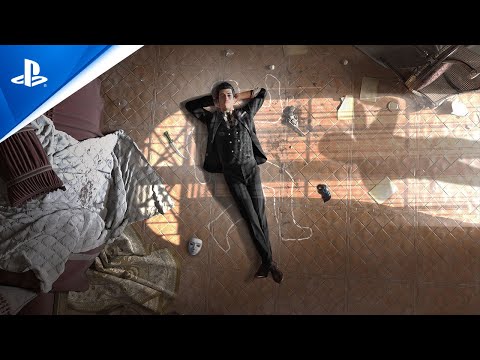 This haptic input will also be used during battle parts of the game. When absorbing or inflicting damage, players will sense unique vibrations, as well as resistance from the DualSense triggers when firing a revolver. Players will be able to feel the shattering of bones through the controller, according to Chervonnyi.

In addition to this update on the game’s support for the PS5’s DualSense capabilities, the developer also announced that the game would be released on November 16 for PS5, PC, and Xbox Series X/S. While the PS5 version has DualSense and improved visuals, Sherlock Holmes Chapter One is likely to be released on PS4 at a later date.

This version, however, has no set release date. As the release of Sherlock Holmes Chapter One approaches, it will be intriguing to watch how fans react to this latest adaptation of the character, as well as whether the game can join the ranks of the industry’s finest detective games.