Players of the virally popular open-world survival/sandbox game Valheim have been clamoring for an update. Valheim’s popularity has exceeded developer Iron Gate AB since the game’s release in February of this year. This has corresponded with the expansion of Valheim’s development staff as well as its content update plans. The perseverance of the Valheim players has finally paid off. Valheim’s Hearth & Home Update has finally come, and it can be downloaded right now.

The Hearth & Home Update is Valheim’s first big content update, and while its name suggests a narrow emphasis, it actually covers a large area. Yes, Hearth & Home includes a slew of new furnishings and buildable objects, as well as overhauling food and cooking systems. However, it also rebalances all of Valheim’s weapons, introduces pet taming, reworks Valheim’s blocking and shield systems, and teases a dark truth that players must find.

Iron Gate outlines some of the new content brought to Valheim in the Hearth & Home Update in a surprisingly brief set of patch notes. To begin, there are ten new food items. However, Iron Gate oddly claims that there are really twelve. Birch and oak tree seeds, as well as onion seeds, have been released. The Crystal battleax, Silver knife, butcher knife, and the Bone tower shield, and Iron buckler are all-new weapons.

There’s a new Darkwood style of construction parts for shingle roofs, beams, and decorations in terms of contemporary furnishings and building materials. A stone throne, as well as a Viking hot tub for players to rest in, have been added to the mix of furnishings. There’s now a new Crystal tier of walls to construct for extra defense. A Cartography Table for exchanging map data, an Oven for baking bread and pies, the Obliterator for destroying objects, and an Iron cooking station are all-new crafting buildings to create. 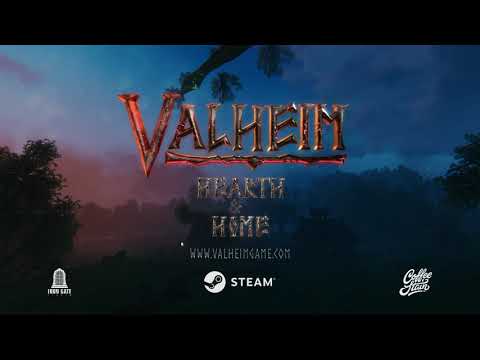 Valheim’s patch notes for the Hearth & Home Update leave out a significant amount of information, if not the majority of it. Iron Gate has previously addressed the subject. It has stated that it wishes for people to find fresh material on their own. It’s unknown how much the new update has in store for gamers, but it’ll undoubtedly be thrilling. Valheim’s latest teaser video concludes with a clue.

While Valheim gamers will undoubtedly be busy creating and extending their houses for months to come, it’s also time to consider the big picture: what’s next? Valheim is still in Early Access on Steam, which means Iron Gate has additional features and material planned before the game’s formal release. As Iron Gate is calling it, the Cult of the Wolf Update was hinted at in a previously revealed roadmap. Stay tuned for further information.