Sony has revealed that the PlayStation 5 DualSense controllers in Cosmic Red and Midnight Black will be available in June. Since its launch, the PS5 has only had one DualSense controller color, with all users having no other choices but a white device and black-and-white gamepads.

Sony has struggled to keep PS5 units in stock, but many people didn’t expect any new colors or editions for a while. The PS5’s plates can be removed and customized or painted without causing damage to the machine. Colored gel cases for current DualSense controllers are also available, but this will reduce the efficacy of haptic feedback.

The release date will vary by country, according to Sony. The official PlayStation YouTube channel has posted a trailer for both DualSense controller editions, which shows the new gamepads from various angles.

The Midnight Black controller has two black and a light grey shades, while the Cosmic Red has a red and black color scheme. These colors were selected to complement the blue-and-white light that is already present on the controls, as well as a “galaxy” theme that links the new colors to the standard white PS5 controller. Fans have been calling for a black DualSense since the white gamepad was first unveiled ahead of the console’s design so that the Midnight Black controller would be particularly thrilling. 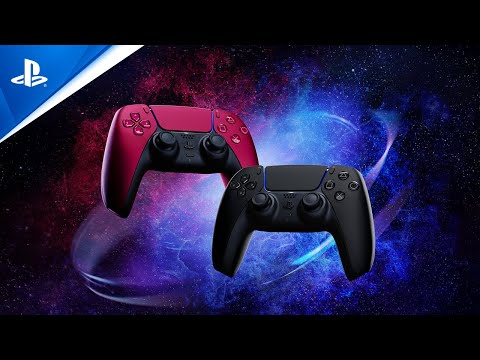 Sony is unlikely to hurry the rollout of alternative PS5 editions, given how difficult it is to keep the white ones in stock. However, since the PS5’s plates are detachable, Sony won’t have to release a whole new console to accommodate a new color scheme.

Sony will release Midnight Black and Cosmic Red plates for existing PS5 consoles in the immediate future, enabling players to adapt their setup to their new controllers for a fraction of the price of a new console. This may also understand why Sony has threatened legal action against third-party plate sales, as it may be planning to produce its own line of colors for the device.