Taking Steam by storm this month, Valheim has been the latest underdog hit to release to viral stardom, offering an irresistible survival experience mixed with a Norse mythological setting. Similar to games like Among Us and Phasmophobia, the early-access game made its way to the top of Steam’s sales charts apparently overnight, gathering thousands of concurrent players in the two and a half weeks it has been available for purchase.

Today, developer Iron Gate confirmed that Valheim has achieved another huge milestone, announcing that a massive 3 million copies have been shipped since the game’s release date last February 2. Along with this remarkable success, the developer update reveals a few other milestones that the game has broken during its short time on Valve’s PC marketplace.

There are no words for how this feels, thank you so much everyone! 🥰 #Valheim #Vikings #Survival https://t.co/b9HPESmHku

First, the studio confirmed that Valheim now has more than 60,000 positive reviews on Steam, which makes it the 78th best-reviewed title currently on the storefront, with the studio expecting it will climb the charts even higher.

It’s also currently the 7th most-streamed title on Twitch, beating out the likes of Rust, DOTA 2, and Minecraft, while supposedly more than 20 million hours of Valheim gameplay has been viewed. The game is turning out to be one of this year’s first huge viral hits, pulling in considerable figures both through sales and streams as well as quickly cultivating a massive, passionate community.

For the unfamiliar, Valheim is a complex survival game set in a procedurally-generated, Norse-themed purgatory. The entire experience can be played solo or with a team of up to 10 friends online, centralizing on the player gathering resources to build shelter, better equipment, and resources to endure the elements. 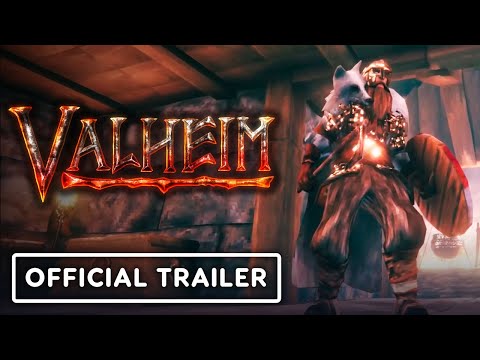 However, the game won’t make things simple, with Valheim seeing players fight against harsh environments and a myriad of powerful enemies pulled straight out from Norse mythology. Along the way, players will be able to develop Viking settlements, colossal ships, and more, as they make their own way through the game’s world.

With the game currently on early access, it will continue to receive a plethora of updates going forward, with Iron Gate working to guarantee it becomes a game worthy of its ambitious premise. So far, it appears players are extremely satisfied with its early build, with the set of reviews available on Steam admiring its slew of enjoyable mechanics and expansive scope.

League of Legends: Wild Rift to Have Another Closed Beta for Android in Select...