Sonic the Hedgehog’s 30th anniversary will be celebrated this year, and even though we’re barely done with January, Sega fans are already itching to know what the studio has planned for the franchise. It shared a couple of teasers last year, with Sega revealing a Sonic encyclopedia as well as new merchandise that fans can purchase.

Asides from that, however, the studio hasn’t said anything concrete about a new game. Now, fans have finally gotten a major piece of Sonic the Hedgehog news, but it’s not the kind they were expecting or hoping.

Voice actor Roger Craig Smith, who plays none other than the beloved Sonic, took to Twitter today to post “Welp, 10 years was an amazing run. Onward to new zones!” Then, the official Sonic the Hedgehog Twitter account basically confirmed what everyone couldn’t believe was true: the voice actor will no longer be playing as Sonic going forward.

At the moment, we can’t say for sure if Smith decided to depart from the franchise of his own accord, or if Sega decided to replace him with another voice actor. Whichever the case, many fans are devastated by this news. On both Smith and Sega’s respective tweets, fans gathered together to convey their shock, sadness, and love towards the voice actor and everything he has contributed to the long-running franchise.

For over 10 years, Roger Craig Smith has been an integral part of the SEGA family. He brought the voice of Sonic to life, and we are forever grateful for his never-ending enthusiasm in helping the community and spreading joy.

Thank you, Roger, for all you've done for Sonic.

In 2010, Smith took over the Sonic role from Jason Griffith, who was the character’s voice actor before him. His role as Sonic began with Sonic Free Riders and Sonic Colors, and while many were caught off guard by his version of Sonic which made him sound just a little older, he quickly became a favorite within the community.

In fact, the way he played Sonic in the Sonic Boom cartoon was extremely well-received, so much so that fans consider it to be one of his best works as the character. Although the Wii U tie-in called Rise of Lyric didn’t garner positive reviews, the TV show was able to accumulate fans thanks to its writing and humor.

It was within the show’s two seasons where fans truly applauded Smith for how he portrayed Sonic. For instance, the video below showcases a humorous scene from the show where Smith quickly switches between his Sonic voice and his regular speaking voice—which became a truly memorable moment for many. 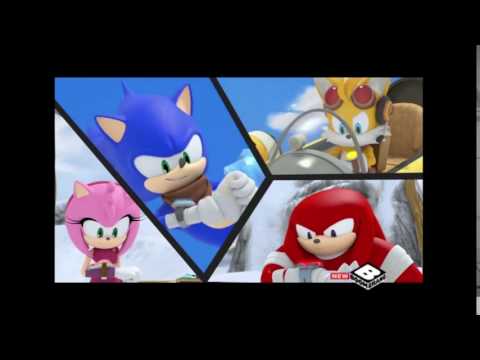 A brand-new Sonic the Hedgehog game is expected to release some time this year in celebration of the franchise’s anniversary. As such, it’s possible that this upcoming title will be Smith’s last time playing the beloved blue hedgehog, assuming that he already finished recording all the lines for the character.

It’s entirely possible that Smith’s departure already took place months before this official announcement, and that Sega already found someone else to replace him for the new game, which will serve as their debut.

Among other things, the fact that Smith will no longer be reprising his role as Sonic probably also means that he will no longer be voicing the character on the anticipated Netflix cartoon series. Of course, there’s no official news regarding that, but fans expect that the new voice actor will probably be the one portraying Sonic in that series.