Ubisoft has published a new teaser for Watch Dogs: Legion, advertising a new game mode that was just introduced to the console versions of the game. Legion of the Dead is the name of the new mode, which was previously exclusively available to PC gamers in an Alpha stage. While Watch Dogs: Legion received mixed reviews when it was released last year, it has now been revitalized with great post-launch DLC content.

Legion of the Dead is a co-op zombie survival game option that may be played with up to three other players or solo. A public matchmaking service is also offered. It incorporates many of the elements featured in previous zombie survival games, such as resource management and the use of power-ups.

In addition to the previously released story DLC known as Bloodline, which included the return of Aiden Pearce, the protagonist of the first game, this mode is coming to Watch Dogs: Legion.

Players are entrusted with gathering supplies dispersed across London and escaping alive in this new Watch Dogs: Legion mode. Aside from zombies, players must contend with Albion troops and Clan Kelley enforcers, who defend precious supplies that will be necessary for survival.

They will get “Z-creds” for each successful extraction, which may be used to acquire stronger weapons and gear for the next operation. In order to live in a zombie-infested London, players will need to employ a variety of weapons, gadgets, and unique abilities, according to the trailer. It goes over some of the features that will be included in Legion of the Dead, such as a four-player co-op, and concludes by stating that the game mode is now available as a free update to all gamers.

According to Ubisoft, Legion of the Dead is meant to be very dynamic, with players being able to successfully escape using a number of methods. Finding fresh treasure, gadgets, and ammo is a key element of the gameplay cycle, so they must adapt their strategies on the go. 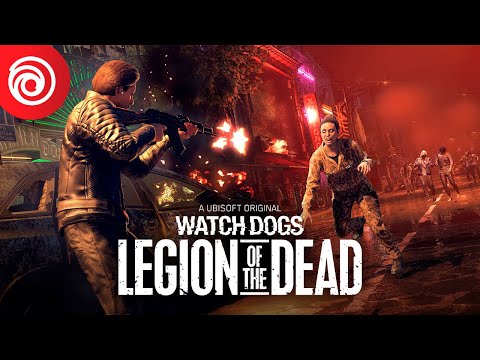 Despite the negative initial reception to Watch Dogs: Legion, Ubisoft has managed to rekindle interest in the game with the addition of additional content over time. Legion of the Dead appears to have been favorably accepted by PC gamers, but Bloodline had a somewhat more favorable critical reaction.