Two of Ubisoft’s greatest series will soon meet with a stealthy Assassin’s Creed character invading Watch Dogs: Legion’s sci-fi vision of London. Both open-world action games have been huge hits for Ubisoft, with Assassin’s Creed tackling historical settings and events and Watch Dogs focusing on a near-future environment dominated by cellphones and social media. The link with Watch Dogs is conceivable thanks to Assassin’s Creed’s near-future storyline, which background the franchise’s historical stories.

Even though the two series are ostensibly set in separate universes, there have been a number of subtle references that establish links between Assassin’s Creed and Watch Dogs. Aiden Pierce is entrusted with tracking down a guy named Olivier Garneau in the first Watch Dogs game published in 2014.

Fans of Assassin’s Creed: Black Flag, which was published the previous year, immediately recognized Garneau as the CCO of Abstergo Entertainment, the modern-day Templars hell-bent on eliminating the Assassin Brotherhood.

Midway through Black Flag, Garneau travels to Chicago, the setting of Watch Dogs, which sets up Pierce’s quest to assassinate him. In October 2020, Ubisoft revealed that Watch Dogs: Legion would receive an Assassin’s Creed crossover DLC that will introduce a new playable character, Darcy, who is a member of the famous Assassin order.

A new Watch Dogs: Legion teaser from Ubisoft has revealed additional information about the game’s impending Assassin’s Creed DLC. As she races over rooftops wearing a white hood and concealed sword, Darcy’s new playable character seems to embrace everything of the Assassin Brotherhood’s symbolism.

Two new narrative missions are rumored to be included in the DLC, and they look to take place in traditional Assassin’s Creed locations like old tombs and sophisticated vaults. The DLC’s villain, a member of Assassin’s Creed’s hostile Templar Order, is introduced via a voice-over. Starting August 24, Darcy will be playable in Watch Dogs: Legion. 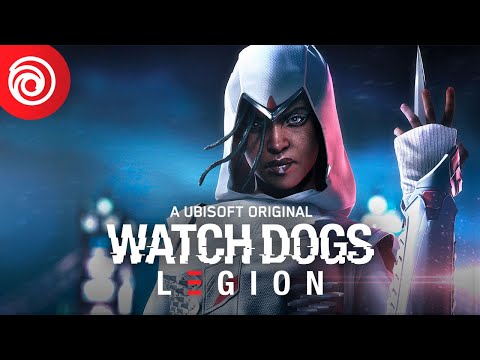 Both the Watch Dogs and Assassin’s Creed series appear to be completely supported by Ubisoft. The Watch Dogs: Legion – Bloodline narrative DLC, released in July, reintroduced characters Aiden Pierce and Wrench from previous games in the series.

Darcy’s inclusion in Watch Dogs: Legion appears to be more than just an Easter egg for fans to appreciate. Instead, the forthcoming DLC appears to serve as a strong link between the current Watch Dogs and Assassin’s Creed stories.

Darcy will make a fantastic addition to the large Watch Dogs: Legion lineup very soon, for those hoping to see the two Ubisoft juggernauts collide finally or for those who love clambering over rooftops and brandishing a concealed sword.

Pokemon Go Collaborates with The North Face and Gucci