Black Myth: Wukong is an action-adventure game from Game Science, an indie Chinese studio, and has swept the internet off its feet quite recently. It was practically an unknown game, but after its trailer was released, it garnered millions of views and earned approval from gamers across the globe.

This is a big deal because China’s video game community is usually known for free-to-play games, but now, they have a Triple-A contender in Black Myth. Not only did their 13-minute demo reel become viral on YouTube and Bilibili (a Chinese video site), but it was also trending on Weibo, TikTok, and Douyin. 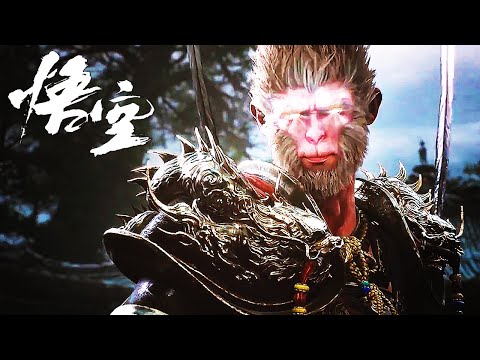 Upon viewing the trailer, you can see just how remarkable the gameplay is and there are no words to describe how good the visuals are. Game Science has yet to announce a release date, but they plan to release it on PC as well as other platforms. As a result, many expect Black Myth: Wukong to be launched on consoles such as the PlayStation 5 and the Xbox Series X, as well.

“My personal estimate is that this game is still at least two years out. It is still far from completion and the aim now is to perfect what they have been able to showcase across a full length game that is worth the asking price.” – Daniel Ahmad

The formula of the gameplay is very much Souls-like, which is something that a lot of gamers enjoy. The plot is also captivating, as it follows the retelling of Journey to the West, a Chinese mythology epic.

One interesting thing to note about the game is that it’s built on Unreal Engine 4. This may not come as a surprise though, since Game Science was founded by staff at Tencent Games who own Epic Games, which is an Unreal Engine publisher.

Although the game’s release won’t be anytime soon, many believe that demo couldn’t have come at a better time. After all, Microsoft and Sony are looking for games to to boost the sales of the upcoming consoles.

Everything You Need To Know About Minecraft Villager Blocks