As part of Fortnite’s Chapter 2 Season 8 Battle Pass, the monster Carnage has arrived. Over the last several years, the battle royale game has seen a slew of Marvel cameos, the most recent of which was Shang-Fortnite Chi’s skin, which was published ahead of the character’s theatrical premiere in Shang-Chi and the Legend of the Ten Rings.

Cletus Kasady, the psychotic serial murderer, empowered by an extraterrestrial symbiote, a deadly opponent of Spider-Man and Venom in the early 1990s, is ill-known to comic book readers.

Since then, Carnage has appeared as a boss in several Spider-Man games (the most well-known of which are Spider-Man and Venom: Maximum Carnage for the Super NES and Sega Genesis), and Woody Harrelson is set to terrorize the silver screen as the nightmare-inducing archfiend in the Marvel Cinematic Universe film Venom: Let There Be Carnage. Carnage appears to be making a pit stop in Fortnite to increase his body count ahead of his theatrical debut.

Epic Games debuted a new trailer for Fortnite’s Chapter 2 Season 8 Battle Pass on the official Fortnite YouTube channel earlier today. Carnage, who uses his Carnage Harvesting Tool on some interdimensional opponents with a tentacle assault straight from the books and the upcoming Venom sequel, is one of the new character skins shown off in this frightening teaser.

However, the Carnage skin is only accessible at Level 90 or by collecting 90 Battle Pass prizes, so gamers will have to put in a lot of work to get him. The demon hunter Charlette, IO agent Kor, an anthropomorphic unicorn named Fabio Sparklemane, and Toona Fish, a stylized black-and-white cartoon figure that players may apply color to with different customization choices, are all playable skins available in Fortnite’s Season 8 Battle Pass. 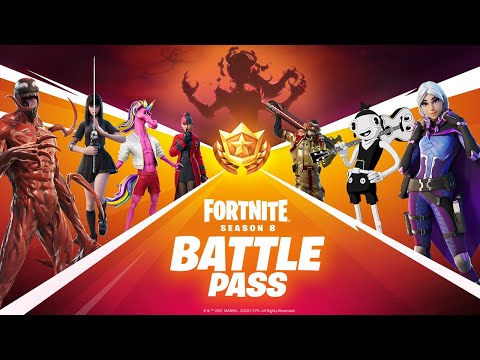 Carnage will team up with his longstanding foe Venom, who made his Fortnite debut last year during Chapter 2 Season 4. Previous Fortnite Season 8 leaks have suggested that players will be able to ride creatures from another dimension as mounts in the newest Battle Pass, most likely as a result of the new interdimensional threat known as “The Cube,” which has emerged in the aftermath of Season 7’s alien-busting ending.

With Cletus Kasady’s alien-infused alter ego, Carnage, ready to make his big-screen debut in Venom: Let There Be Carnage next month, the release of Carnage’s playable skin in Fortnite comes at a perfect moment. The Fortnite Chapter 2 Season 8 Battle Pass is now available for purchase in either a full-paid version or a free trial edition on the Epic Games store, indicating that Carnage’s reign of terror on The Island will not be long.

Genshin Impact Considered by Analysts as Best and Biggest Global Launch of Any Chinese...