Ever since Resident Evil 8 (otherwise known as Resident Evil Village) was announced during the 2020 Future of Gaming event by Sony, it has been one of the most highly awaited next-gen games. Since its initial announcement though, Capcom has been treading lightly when it comes to reveals, ensuring that it doesn’t say too much before the game’s launch.

While the Capcom security breach last year leaked crucial information about the upcoming title, there was still a lot that we didn’t know. Fortunately, the Resident Evil Showcase took place recently, an event dedicated to the Resident Evil franchise as a whole, along with news about its future. Thanks to the recent event, we now know that Resident Evil 8 is set to release on May 7, 2021.

Resident Evil 8 is the most recent game in Capcom’s highly acclaimed horror series that has been around since 1996. When Capcom announced the upcoming title last year, the company was hesitant to reveal if whether or not the game will be released on either the PlayStation 4 or Xbox One. 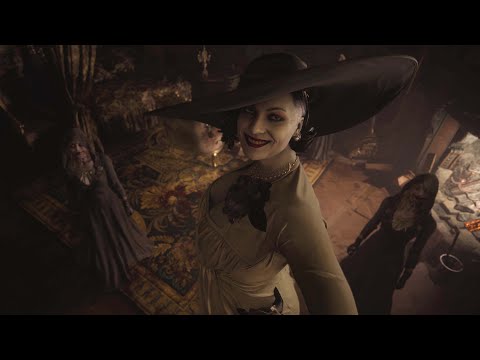 This was mainly because the developer created the game with the PlayStation 5 and Xbox Series X/S in mind, so performance is expected to be optimal in those two platforms. Sadly, Resident Evil 8: Village won’t support VR systems unlike Resident Evil 7: Biohazard.

That being said, the game is now available for pre-orders, and there are three different editions on offer—regular edition, deluxe edition, and collector’s edition. The standard version will come with the base game as well as the RE: Verse multiplayer component. On the other hand, the deluxe edition will consist of various bonuses, along with cosmetics based on Resident Evil 7: Biohazard.

Pre-ordering this will also allow players to obtain the “Survival Resources DLC Pack” and the “Mr. Raccoon Weapon Charm” cosmetic. For those who want to go all out, Capcom also announced a collector’s edition, which includes a poster, an art book, a Chris Redfield statue, and more.

If pre-orders are made through the PlayStation Store, players will earn a mini soundtrack. Not only that, interested players are also given the option to purchase both Resident Evil 8: Village and Resident Evil 7: Biohazard thanks to a digital bundle.

The game’s release date coincides with Resident Evil’s 25th anniversary, which Capcom has big plans for. For one thing, Resident Evil: Infinite Darkness—the original Netflix series—is expected to release later within the year. Not only that, the Showcase event revealed Resident Evil 8’s multiplayer component, RE: Verse, as well as the fact that Ubisoft’s The Division 2 will contain Resident Evil content. Overall, fans of the long-running franchise have a lot to look forward to this year.

Resident Evil 8 is set directly after Resident Evil 7: Biohazard, and its story revolves around Ethan Winters and Mia, his wife. To give fans something to chew on before the game’s official release, Capcom announced that a PlayStation 5 demo of Resident Evil 8 called “Maiden” will be launched today. Although, it’s worth mentioning that the demo in question will follow events that don’t take place in the main game.