Speculations about the new features of the Season 6 of Call of Duty Modern Warfare have been surfacing as early as the first week of this month. The inclusion of the subway system will follow the flow of new diverse areas being included in the Verdansk map.

So far, the new inclusions added to the game are a train system, the opening of the stadium, and a set of bunkers that can be visited across the map involving a series of quests. The upcoming addition of the subway system seems like the game’s most progressive inclusion to date.

An official photo of the upcoming subway system for Warzone has been uploaded on Call of Duty’s official Twitter account just a few hours ago. The tweet allows players to study the subway system as a whole and there is abundant information to take in just one photo. 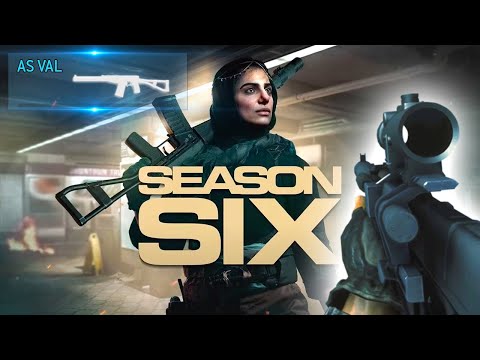 The photo shows the entire map beneath what looks like a geographical version of Verdansk. On the right side of the photo is a set of locations and routes in which they are going. Similar to real subway maps, the photo has various colored lines to demonstrate which stops each train will make. What adds mystery to the image is a text located at the bottom that says:

“Please Be Advised: In the event of an environmental hazard occurring at train station, train will continue operation to the next nearest safe station on the line.“

Call of Duty Modern Warfare Season 6 is scheduled to be released next week, September 29. In the recently released teaser trailer for the upcoming season, not only was the subway system confirmed but two new Operators were also introduced to be coming to the game.

Take to the tunnels.

Farah and Nikolai bring the fight underground for Season Six of #ModernWarfare and #Warzone on September 29. pic.twitter.com/S0vSkcI6ri

Based on the teaser, the Soviet Fighter named Nikolai and Call of Duty Modern Warfare’s Farah will be returning to the game as the new Operators. If this subways system really covers the whole of Verdansk, then Call of Duty Warzone fans are in for one of the best features of the game so far.

This will not only change the diversity of the map which will force players to learn new ways to play but will also give a new way of traveling around the expansive map of Verdansk. This subway system will be the biggest addition to Call of Duty Warzone so far and it will be fascinating to see if updates with this size continue since Call of Duty Black Ops Cold War will soon be releasing to the current- and next-gen consoles across the world.