Information about the new Call of Duty Black Ops Cold War battle pass has been announced, and players get an early glance at what’s to come. Weapon blueprints, skins, and other in-game cosmetic rewards are rampant with this season’s battle pass, with a few secrets hidden among its tiers. Call of Duty Black Ops Cold War players has 100 new levels to unlock with free content spread throughout so every player can get involved.

Call of Duty Black Ops Cold War Zombies and Multiplayer has tons of wild action headed to players. A new SMG and assault rifle are included and can be obtained totally free for anyone who joins. During Season 2’s first few weeks, players can also enjoy new bundles along with a familiar face from the Dark Aether timeline.

As an additional bonus, players who buy the Season 2 battle pass will gain a 10% XP boost for the whole season. Players will also be able to acquire two free weapons such as the LC10 SMG and FARA 83 assault rifle. These two guns are designed to improve any player’s arsenal and dominate the battlefield in zombies, multiplayer, and battle royale environments. 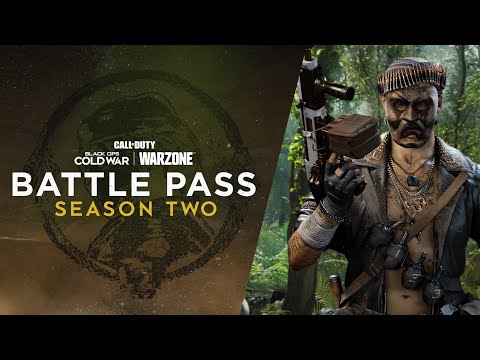 The Call of Duty Black Ops Cold War Season 2 skins include Adler’s Renegade skin at Tier 20 and Power’s Coyote Dust skin at Tier 70. Designed for tropical environments, these skins can help settle the dust as players are taken on to a new environment of warfare. Additionally, a new Tactical Roll finishing move can also be obtained at Tier 19 for a unique melee option to take down opponents in style.

The battle pass also contains a few war tracks and weapon blueprints, but players are more hyped for the Tier 95 Reactive weapon. This is the first reactive camo to be introduced to the game, and it displays player skill in real-time by pulsating green across an image of a skeleton bird. As players obtain more kills, the pulse turns from green to blue, then orange, and finally red as players rack up kills throughout a Call of Duty Black Ops Cold War multiplayer match.

Future Valorant Maps Will Be Similar to Icebox Design