Cult of The Lamb Announced At Gamescom 2021

Cult of the Lamb was one of the most unusual games on display at Gamescom 2021 Opening Night Live. It’s a new game by Massive Monster, an indie gaming studio that Devolver Digital will release.

At Gamescom 2021, Cult of the Lamb was presented in a new gameplay trailer, which depicted the grim experience players may expect from the game. The game takes place in a world where terrible creatures and cults are hunting harmless anthropomorphic animals.

The game is scheduled to be released in 2022, and no additional platforms have been mentioned as of yet. The game’s plot and key features are shown in two sections of the gameplay trailer.

The first part of the Cult of the Lamb video is an animated game cinematic that depicts the origins of the primary character, the titular Lamb. The Lamb is the next in a sequence of sacrifices until a chained entity bestows power on them, as shown in the video.

The Lamb is soon let free, and he kills their would-be executioners while rescuing the other hostages. The released prisoners then begin to worship the Lamb, and the protagonists form their own religion.

The second portion of the trailer shows the gameplay of Cult of the Lamb’s key elements. Some of the graphics are comparable to those found in games such as The Binding of Isaac. Players will presumably lead the Lamb’s flock since the teaser depicts the character gaining followers, forming a community, and even hosting sermons. 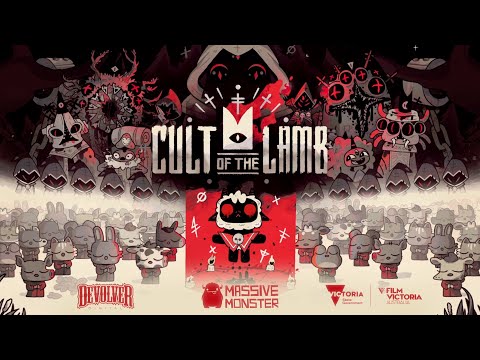 Players will be able to engage in different activities with their flock, such as singing, felling trees, and constructing houses. They can even get a reward from their flock’s prayers, as shown in the video.

As the player goes into five unique locations as part of a randomly generated game environment, the battle combines sword-fighting with releasing the Lamb’s evil abilities. Each area will be home to a variety of enemies to battle, providing several opportunities to test the Lamb’s dark abilities.

According to the latest gameplay teaser, the Lamb will battle false prophets inside their cult and be able to rescue prospective sacrifices from other cultists to add to the flock. The Lamb is pitted against a rival cult leader who morphs into a frightening creature with new abilities in one scenario. Players will be able to earn comparable abilities by sacrificing their own cult members in dark rituals.