The Division 2 Sniper Build Guide: One Shot One Kill

We’ll show you the Best Sniper Agent Build For The Division 2 in this Division 2 Guide, which will be extremely effective for both mid and endgame material. This Sniper Build is ideal for players who like using Marksman Rifles because it can inflict massive quantities of damage, allowing you to one-shot almost everything in the game but armed bosses.

Please bear in mind that the Sniper Character Build is effective in both solo and group games, but it is more effective in groups because you will have more time to land critical shots while your teammates protect you and keep the enemies at bay.

A sniper is difficult to target because if you want to maximize damage in this sniper build, you’ll have to headshot targets, which means it’s a difficult build to play if you’re new to games like The Division 2.

This build is relatively easy to obtain and has the highest one-shot damage numbers in the game, making it the most powerful PvP build to date. All you need is the Marksman Rifle and the Airaldi Holdings Brand range to make this build feasible in the mid and end game. It’s also fantastic for PvE content; Dark Zones are a breeze with the MR build. 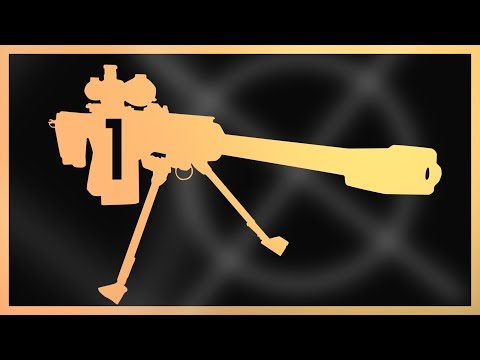 Talents will be crucial in the Sniper Agent Build because they will have additional usefulness and injury. Centered, Unstoppable Force on the Breastplate, On the Ropes on the Backpack, Opportunist on the Gloves, and Precise on the Kneepads.

The Airaldi Holdings Brand Set is the very best for this build, after which you can fill with pretty much any other gear. However, we suggest that you fill with Providence Security or Overlord Armaments since these are both strong choices that will increase your damage or defenses.

Increased damage to Elites, Headshot damage, Weapon Damage, Critical Chance, and Marksman Rifle Damage are the general attributes you’ll want to look for on all Gear pieces in this Sniper Agent Build.

The Fixer Drone will be your source of “Passive” armor regeneration, which is crucial because if you lose your Armor on this construct, you’ll most likely die in a matter of seconds. As a sniper, your primary objective is to avoid being shot, but if you do, this little Fixer Drone will replenish your armor.

While you aim down and destroy all, the Turret will take the brunt of the damage. The Assault Turret is currently the best option for the Marksman Rifle design. 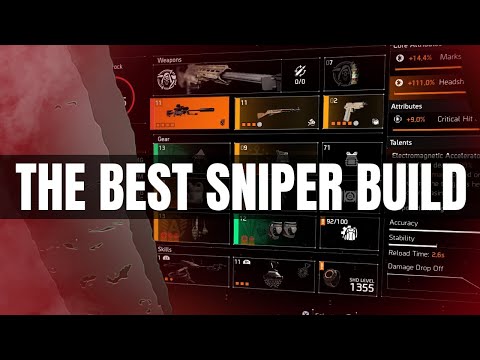 Since this whole design and marksman rifle loadout is focused on combat over long distances with Sniper rifles, the Sharpshooter would be your best Specialization. As a Sharpshooter, you’ll get the powerful Marksman Rifle, which can deal massive quantities of harm.

Furthermore, the Sharpshooter ability tree is based on increasing your Marksman Rifle damage even more, which can come in handy for achieving the maximum damage numbers possible.

The Marksman Rifle will serve as the template for your Sniper Build; you’ll want it to be at least Purple tier because the more uncommon it is, the higher the stats scale (goal is Orange, high end). With a purple MR, you can get about 90 percent more headshot damage, which is important since headshots would be the key source of damage in this build.

The Model 700 and M44 are excellent Marksman Rifles for this design, with excellent normalized damage and DPS. Notice that removing the scopes from the Marksman Rifle would make it easier to shoot, and you’ll be able to use it in close range to one-shot individuals, which is insane for PvP in the Dark Zone.

If you do find yourself in near proximity to hostiles, you’ll need an Assault Rifle to take them down. The CTAR-21 is a good performer among ARs, but you can use pretty much any gun you like because the build revolves around the Marksman Rifle as your primary weapon.