Doom Eternal Nintendo Switch Port Will Be Digital Only

Doom Eternal is transitioning to a digital-only release on its Nintendo Switch port, which produced confusion among fans thinking that the port had been aborted when their preorders were canceled. Doom Eternal was launched on the PC, Google Stadia, Xbox One, and PlayStation 4 a few months ago and was well-received by the gaming community. The Ancient Gods expansion followed the main game, which had an equally enthusiastic welcome.

As poorly matched as Doom might appear for Nintendo’s family-oriented image, the 2016 action shooter remake received a port on the hybrid console, and Doom Eternal was revealed to receive the same treatment.

Fans were getting frustrated when the Switch port hadn’t launched months after the game was released on other platforms, but developer id Software guaranteed them last September that its Switch release was near.

In spite of this update, fans lately had a good reason to worry that Doom Eternal’s Switch port would never come at all. As various gaming news sites reported, customers who preordered the game started to receive cancelation calls, resulting in some believing that the game itself would no longer be launched.

However, Bethesda’s spokesperson revealed that the game is still on track for release, but only in digital format. Fans who pre-ordered the physical version of Doom Eternal can now have their orders canceled and refunded. There is still no confirmation from the developers on when the game will finally arrive on the Switch, but they are saying that it is “imminent”.

While the game is still on track for its release on the Nintendo Switch, the future of the multiplatform Bethesda games launches is in question. Just a few months ago, Microsoft bought ZeniMax Media, the parent company of Bethesda, for $7.5 billion. 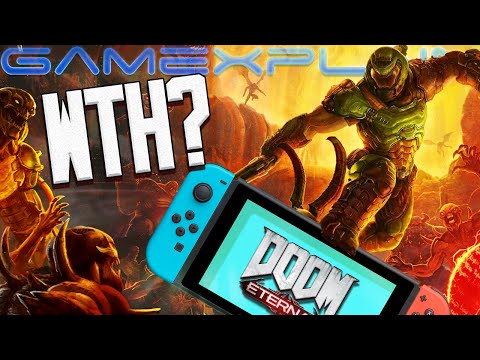 It has already been verified that Doom Eternal will be arriving to the Game Pass as part of the deal, and it’s probable that upcoming high-quality titles from the studio could become Xbox exclusives in the future. For now, all Microsoft wants to say is that they will be the platform of choice to play the “first or best” editions of Bethesda games.

Luckily, for any fan still waiting to play Doom Eternal on the same platform they are playing Animal Crossing, it appears like the game is still in the works, but preparing to eventually release soon. While it may be frustrating that it will not be released in physical form, especially for players running out of space on the Switch’s limited storage, a digital-only release is absolutely better than none at all.

Solana Crosses New All Time High Thanks To Phantom Wallet