Everything You Need To Know About Minecraft Villager Jobs

Villagers have been an essential part of the Minecraft experience since they were first included in the game in 2012. They’re one of the key reasons Minecraft’s universe seems to be a living, breathing place. Of course, carving out your own niche in that environment also necessitates a lot of contact and trade with the Villagers.

But the thing is, Minecraft Villagers can choose from a total of 15 different jobs, each of which has an impact on the villager’s production. Many players struggle to determine the careers they should want their Villagers to choose, which ones generate the most important items, and which ones are the most profitable.

The 15 available jobs for your Minecraft Villagers are listed below, rated from worst to best. Let’s look at their advantages.

You don’t need us to tell you that these guys are at the bottom of the list. They are not only jobless, but they are also unable to work at Jobsite blocks. When all villagers can do is walk around, they aren’t particularly helpful or profitable.

However, don’t give up on the Nitwit Villagers just yet. They can be healed by turning them into zombies and then healing them with a Potion of Weakness and a golden apple, which is a very elaborate procedure. This can turn them into a regular Unemployed Villager, who can then be hired.

It might seem to be more hassle than it’s worth, but as we’ve probably established, every new working villager is crucial in defining your position in the world.

For the sake of completeness, we’re including this one. Unemployed Villagers, on the other hand, are eager to take on whatever occupation would better serve the culture and playstyle. Set up the appropriate Jobsite block for them, and they’ll be ready to go.

For the sake of completeness, we’re including this one. Unemployed Villagers, on the other hand, are eager to take on whatever occupation would better serve the culture and playstyle. Set up the appropriate Jobsite block for them, and they’ll be ready to go.

Mason Villagers, who spawn at Stonecutter Jobsite blocks, are particularly profitable. They’ll exchange stone for emeralds, one of the most common materials in the game. They’ll also sell one of 16 different kinds of terracotta when players reach Expert level if players are into outdoor decoration.

Grindstone Jobsite blocks spawn Weaponsmith Villagers. Of course, players might contend that once they have the Mending enchantment, they become somewhat redundant. After all, the player is more likely to have weapons mounted when gaining XP, so this enchantment is more powerful on them. As a result, weapons begin to last longer, and their replacement becomes less important.

In addition, having at least one weaponsmith on hand is beneficial. They, along with armorers and toolsmiths, are a good way to make some money off all the extra coal and iron players will end up lugging around.

Furthermore, if they’ve gained enough expertise, they will sell players diamond weapons, which they can use in conjunction with the armorer’s diamond armor if they are going anywhere dangerous and don’t feel well equipped. 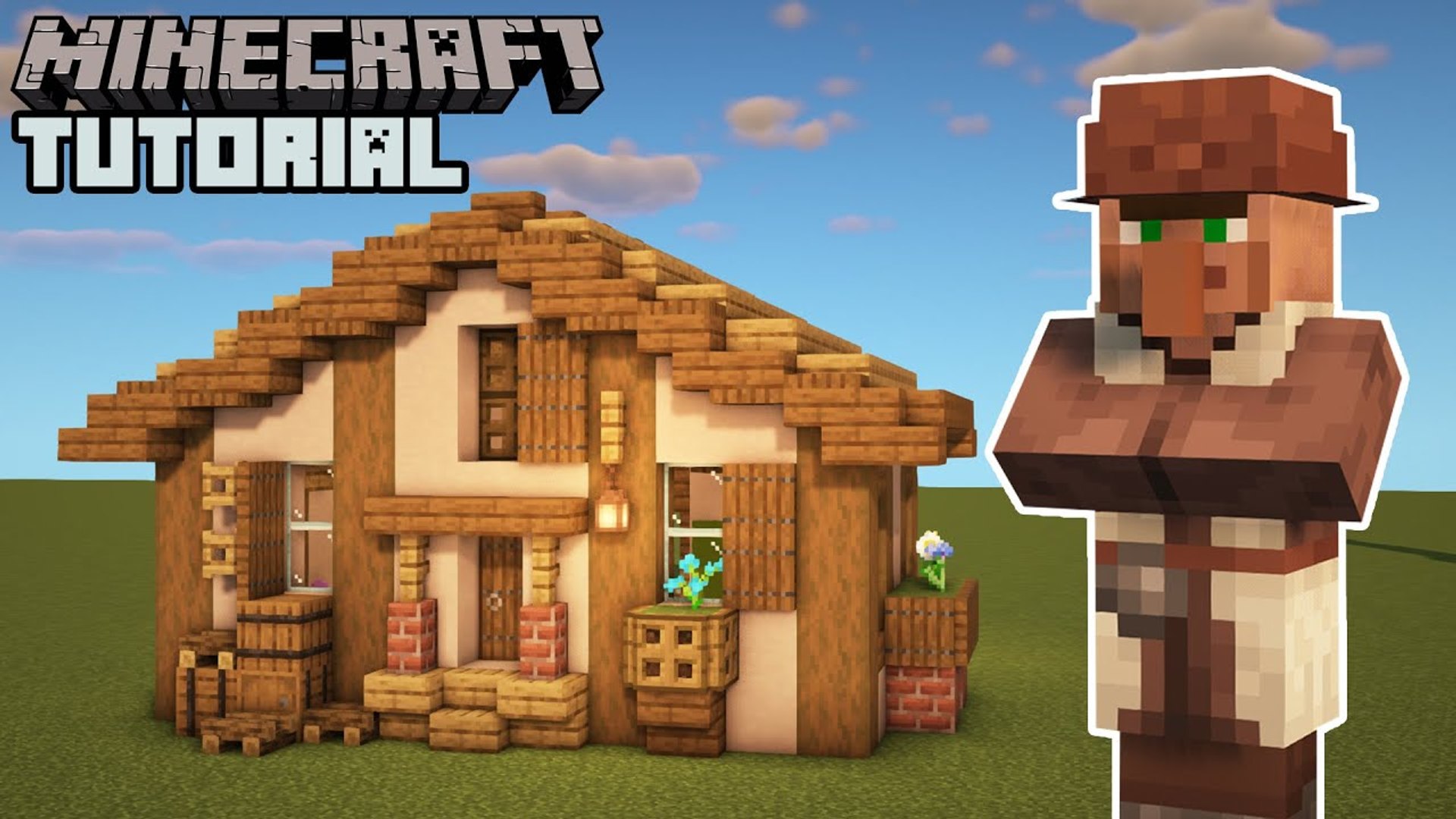 The usefulness of the shepherd Villager is, admittedly, somewhat reliant on whether or not players raise sheep themselves. If they do, however, a shepherd will prove to be another simple source of profit, as they will give emeralds in return for wool from the start.

They’ll even sell wool and carpets in one of 16 different colors after they’ve acquired some experience. This is especially useful if players want to give their Minecraft home a specific interior aesthetic or paint scheme but don’t have the time to look for the appropriate dye ingredients.

Fletchers, predictably, spawn at Fletching Tables. If players like ranged fighting, they’ll want at least one of these guys on their team. They will sell arrows even early on, and we don’t think we need to remind players that they’ll still need more of them. Players don’t need to worry as they can easily benefit from them – they’ll purchase basic items like sticks and flint.

They’ll sell one of 15 different kinds of Tipped Arrow when players hit Master rank. For players who love picking off opponents from afar, having someone who can have some kind of advantage in ranged battles is extremely useful.

Armorers, like toolsmiths, use Blast Furnace Jobsite blocks to exchange emeralds for traditional items like coal and iron ingots, making them lucrative right away. And, like toolsmiths, the investment will pay off in the long run as players can get a full set of enchanted diamond armor from them.

When players are about to enter a very dangerous area of the map and discover they’re not well covered, they’ll be eternally grateful they took the time to invest in an armorer.

Some people find Minecraft’s fishing feature boring, but given the kind of cool stuff players have a slim chance of finding, it can be extremely satisfying to spend their time in. Of course, one unfortunate result is that they’ll wind up with a lot of popular fish in addition to the few precious treasures. Raw cod, in fact, is likely to clog up the inventories of players.

With a few fishermen on board, though, players will be able to exchange all of this raw cod for emeralds, guaranteeing that every fishing trip will be lucrative regardless of what they catch. Barrel Jobsite blocks are used to make fishermen.

Players don’t have to see them on a daily basis, but they’ll still need at least one toolsmith on hand. Not only would players still need equipment, but they will also wear out faster.

For one thing, players use them all the time, and even though they have the Mending enchantment, players don’t really have their resources out when collecting XP. To put it another way, finding at least one Villager who can sell new equipment when players run out is always beneficial.

Early on, toolsmiths can send players emeralds as a bonus for popular items like coal and iron ingots. This guarantees that they are a profitable investment in the long run as well as a source of respectable benefit in the short term. Furthermore, toolsmiths, like armorers and weaponsmiths, will sell bells, which is convenient if players like their decorative value but don’t want to rob them.

It’s a great place to spend and win emeralds, and every player who enjoys exploring (which is, let’s face it, any Minecraft player) should have at least one cartographer Villager in their party. Unsurprisingly, they’re made by setting up Cartography Tables.

The maps they include are very useful in both uncovering the many mysteries of Minecraft’s universe and finding their way home after they’ve done so. Cartographers, on the other hand, can buy paper from players. Paper is incredibly easy to manufacture in large quantities if players have a sugar cane plantation, making this career another possible source of significant benefit.

Cleric Villagers, made with Brewing Tables, are another excellent way to invest emeralds after they’ve gained enough experience, as they have some incredibly useful resources. After all, if players don’t want to spend time searching around the Nether looking for Ender Pearls and glowstones, selling emeralds for them is a much better option.

Another easy source of profit is the Butcher Villager, which is created with a Smoker Jobsite block. Butchers buy raw beef, while farmers purchase vegetables. In other words, whether players are serious hunters or own a livestock farm, getting a few butchers on hand will help players make a lot of money.

Chickens, in particular, are fast-breeding animals that can turn butchers into gold mines. They’re still a good place to buy grilled meat if players don’t want to waste hours preparing the next meal and have some spare emeralds.

Librarian Villagers, made with Lectern Jobsite blocks, are arguably the best way to spend emeralds if farmer Villagers are the best way to get them. Enchanting the guns, equipment, and armor as the player progresses becomes extremely valuable, if not essential to life.

Enchanted Books can be exchanged for emeralds by librarians. It goes without saying that this is a lot faster and more secure than hoping to find them in random chests.

Farmer Villagers (created with Composter Jobsite blocks) are crucial in creating a prosperous society and economy, just as they are in real life. There’s also the fact that they serve as a supply of food for when you’re unexpectedly hungry, which is a bad situation in any case.

More importantly, they trade emeralds for traditional foods like carrots and potatoes, which are arguably among the simplest and cheapest items to pick or collect in large amounts. Farmers, in other words, would be one of a player’s most reliable sources of benefit.

Because of the free DLC and a slew of prizes and new material, the Minion Masters playerbase has been slowly rising over the last...
Read more
News

Wearing armor is important for survival in Fallout 4, and there are several armor options available in the game. A helmet is one of...
Read more
News

Drawing is difficult and it takes time and practice to get better. As every player knows, in order to progress, you must level up,...
Read more